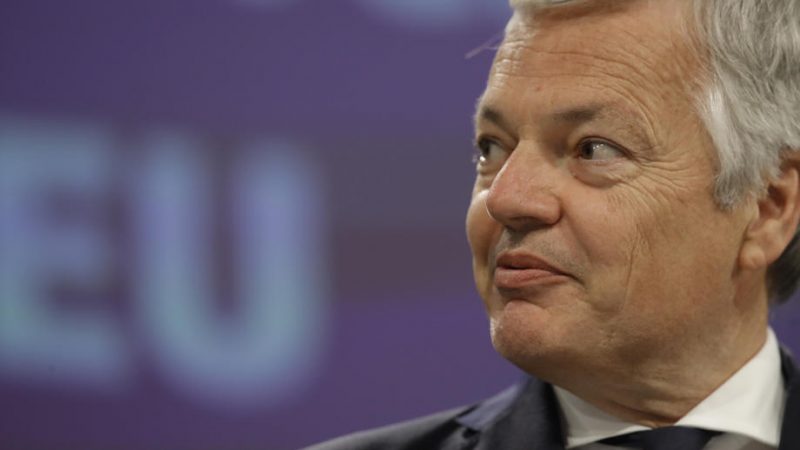 The European Commission has asked Poland not to question the primacy of EU law over national legislation. [EPA-EFE/OLIVIER HOSLET]

The European Commission has asked Poland not to question the primacy of EU law over national legislation, Justice Commissioner  Didier Reynders wrote in a letter sent to Warsaw on Wednesday, calling on the government to withdraw a motion, pending before the Constitutional Tribunal, to review the constitutionality of certain parts of the EU Treaties.

“The Commission is concerned about this motion as it contests fundamental principles of EU law, in particular the primacy of EU law,” Commission spokesman Christian Wigand told a news briefing, quoted by Reuters.

Prime Minister Mateusz Morawiecki issued a motion in March after the EU Court of Justice (CJEU) ruled that EU law takes precedence over the Polish Constitution. That came amid the dispute over reforms to the Polish judicial system, considered by both the Commission and the CJEU to threaten the independence of the Polish judiciary.

The letter, obtained by Politico and addressed to European Affairs Minister Konrad Szymański and Justice Minister Zbigniew Ziobro, says the Commission is “concerned about the consequences of such action also for the respect of the rule of law,” . It also referred to the EU’s concerns about the “independence and legitimacy” of Poland’s Constitutional Tribunal, as the judges on the Tribunal were mostly picked by the governing Law and Justice (PiS) party.

However, the Commissioner’s letter was met with sharp reaction from the justice ministry.

As stated in the letter, the government has one month to respond to the Commission’s concerns. Otherwise, the Commission reserves “its right to initiate appropriate proceedings under the Treaties where necessary.”

Morawiecki, however, ruled out withdrawing the motion. “I considered our right to submit our question as important, as such a potential collision (between the Polish Constitution and the EU treaties) is possible,” the PM told a news conference.