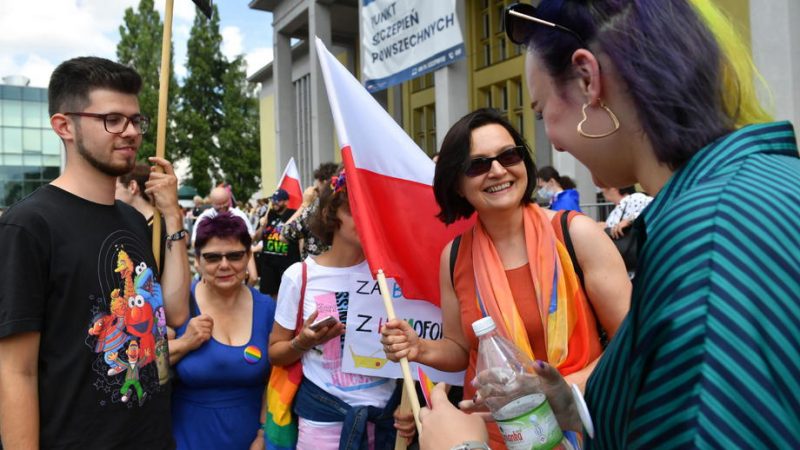 The five regions received the letters last week and now have until mid-September to respond. [EPA-EFE/GRZEGORZ MICHALOWSKI]

The European Commission sent letters to five regions controlled by the ruling Law and Justice (PiS) party, urging them to remove the anti-LGBT declarations adopted by their local governments.

The five regions received the letters last week and now have until mid-September to respond.

The declarations should be abandoned in order for the regions to receive funding, according to the letters. Payments from the REACT-EU fund worth €126 million have been already suspended.

Previous attempts at removing these declarations in the five regions have so far proven to be unsuccessful.

The opposition at the local level has demanded the resignations of local governments, particularly as they would be deprived of extra funding under part of the bloc’s COVID-19 recovery fund.

“If these homophobic declarations are more important to councillors than billions for roads and hospitals, they should lose their seats as soon as possible and be held accountable for creating a real threat to local economies,” Jakub Gawron, one of the authors of the Atlas of Hate – an interactive and constantly updated map marking the areas in Poland that have adopted, are working on adopting or have rejected these anti-LGBT declarations – told EURACTIV.