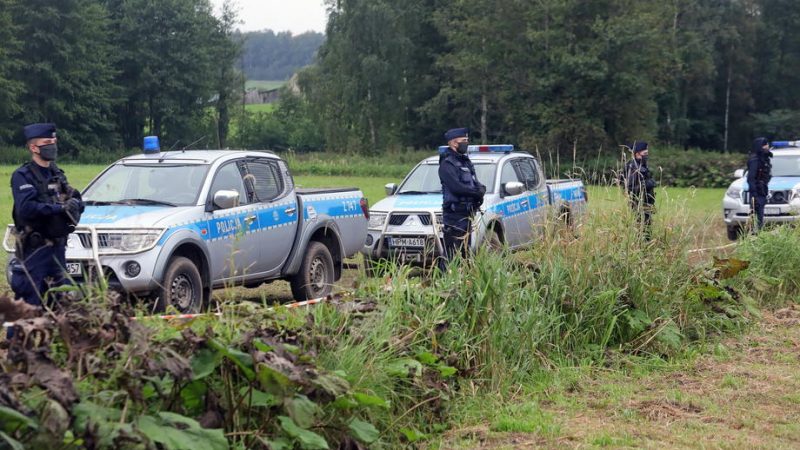 The Commission is particularly worried with the recent five deaths of migrants in Poland. [EPA-EFE/ ARTUR RESZKO]

European Home Affairs Commissioner Ylva Johansson met with Interior Minister Mariusz Kamiński in Warsaw to discuss the situation on the Eastern border of Poland and the EU with Belarus.

The Commission is particularly concerned over the recent five deaths of migrants in Poland.

After meeting the Polish minister, the Commissioner said that the two “had an open and frank discussion” about the border situation. The two agreed on mutually condemning the hybrid war conducted by the regime of President Alexander Lukashenko.

“The aggression from the Lukashenko regime deserves a firm and united response from EU,” Johansson said in a tweet.

Kamiński agreed: “We agreed the Belarus actions need to be met with a firm response from EU member states,” he said.

According to Johansson, the main problem is the lack of transparency at the border. “I raised the importance of the Polish authorities ensuring in a transparent way that any legislation, policy or practice at Polish Belarus border is fully in line with EU acquis,” she said.

Meanwhile, migrants’ lawyers, doctors, journalists, NGOs, politicians, church organisations, independent authorities like the Ombudsman’s Office, and international organisation representatives are denied access to the border under a state of emergency. The government recently extended the measure for another 60 days.

The Commissioner also said that “Poland, as a strong EU member state, can show that the capacity to protect the border can be matched with the ability to respect EU fundamental rights and obligations”.

The Polish authorities just admitted pushbacks that the minister defended, saying Poland provides international protection to migrants who require it, including the Belarusians oppressed by the regime. They also noted they had welcomed 1,300 Afghan refugees evacuated in August.

“I assured the Commissioner that since the beginning of the crisis, Poland cooperates with Frontex and remains in contact with its leadership,” the minister also said.

In other news, the Polish Constitutional Tribunal held a hearing on the constitutionality of EU treaties. It has postponed the final decision until 7 October.

2 responses to “Commissioner Johansson failed to convince Poland on pushbacks”