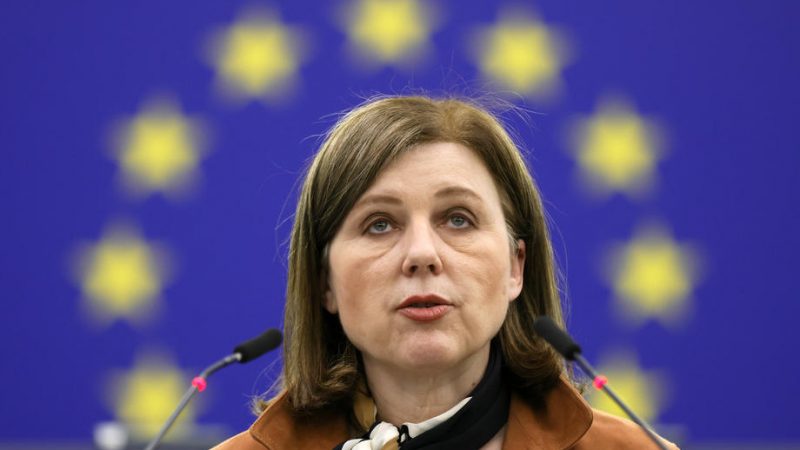 “I am expecting the announcement of the sixth package this week. It depends on getting the best possible outcome of the negotiations with the member states,” Jourová told Czech Television. [EPA-EFE/RONALD WITTEK]

European Commission Vice-President Věra Jourová said she expects the sixth sanction package against Russia to be introduced as soon as this week.

“I am expecting the announcement of the sixth package this week. It depends on getting the best possible outcome of the negotiations with the member states,” Jourová told Czech Television.

“The best outcome for the Commission is the toughest possible sanctions. However, It makes no sense for us to propose something that will not get support,” Jourová added.

Jourová confirmed that the most significant discussions are on banning Russian oil imports. Poland and Baltic states promote a complete energy embargo, while several other countries oppose such a move for economic reasons, including Germany, Hungary, and Austria.

Italy, which previously opposed an immediate end to Russian gas supplies, is now calling for a cap on its price, which Rome believes will deprive Moscow of some of its resources.

Beyond the embargo on energy imports, EU member states are currently discussing sanctions against Sberbank, Russia’s largest bank. As Jourová indicated, banking sector sanctions are highly likely to be accepted as there are signs of a consensus among the EU countries.

The European Commission wants to widen the sanction list to include more people and entities.

The EU has already imposed five rounds of sanctions against Russia, including an embargo on Russian coal imports and a ban on Russian and Belarusian freight road operators working in the EU.