Commissioner Jourova: journalism a risky profession in some EU states 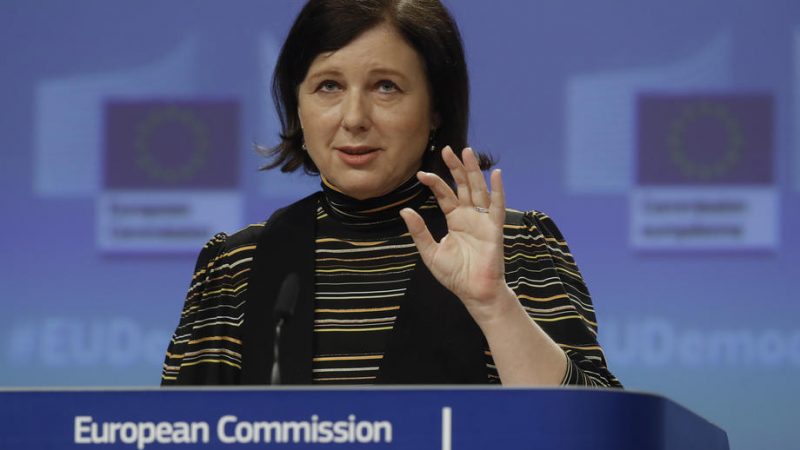 “In total, it is €17 billion that we have found in the various columns of the current EU budget. It is clear that the money will not be enough,” Jourová told EURACTIV.cz. [EPA-EFE / OLIVIER HOSLET]

In some EU member states, journalism is a “genuinely risky profession”, European Commission Vice-President Věra Jourová told EURACTIV.cz in an interview, adding that she “will negotiate with these states bilaterally”.

The European Commission adopted in September 2021 a set of recommendations on the protection, safety and empowerment of journalists aiming to ensure safer working conditions for all media professionals. Jourová wants to meet with representatives of EU member states to ensure these recommendations will not be off the table.

“We want the EU states to provide media with special protection, for example, when journalists are worried that their computers are hacked,“ Jourová said in the interview.

For Jourová, the way journalists are treated in Hungary and Slovenia is unacceptable. “It goes against the long-established tradition of free media. There must be no pressure on their work, especially from senior politicians,” she argued.

“In general, the media sector is under enormous economic pressure,” Jourová pointed out. “In Slovenia, we have seen that if the state decides to starve the public media, it can do so by stopping the funding,” she said.

The EU’s Media Freedom Act to be introduced in autumn 2022 will aim for higher transparency in the sector, Jourová revealed. The new legislation should also provide media with a higher level of protection in the EU’s single market.

“We would like the EU member states to have a network of independent regulators or authorities supervising the media market. Such authorities could trigger actions against entities that fail to act in line with the idea of media pluralism,” Jourová explained.