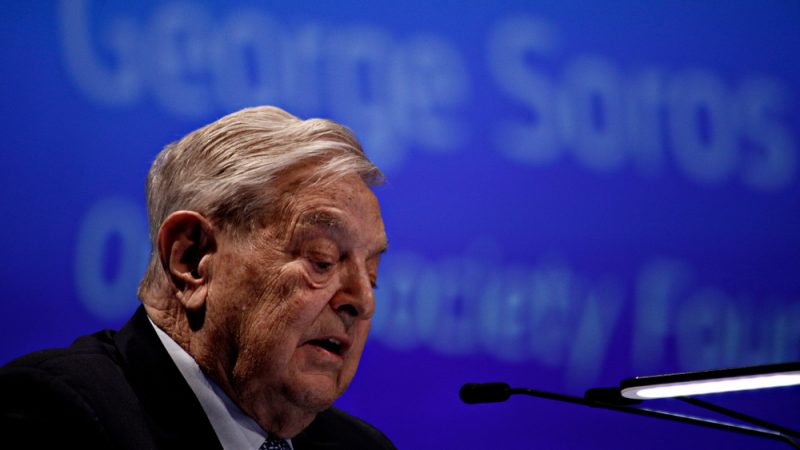 Demeter, ministerial commissioner and head of the Petofi Literary Museum in Budapest, wrote in an opinion Saturday in the pro-government Origo news outlet that George Soros, the American-Hungarian billionaire and philanthropist “is the liberal Führer” and Europe is his “gas chamber.” [Shutterstock/Alexandros Michailidis]

Finance minister Mihály Varga told the Parliamentary sitting on Monday (30 November) that the government will not oust Szilárd Demeter, as he has “acknowledged his mistake, revoked, deleted his writing,” Telex reported.

Demeter, ministerial commissioner and head of the Petofi Literary Museum in Budapest, wrote in an opinion in the pro-government Origo news outlet on Saturday that George Soros, the American-Hungarian billionaire and philanthropist “is the liberal Führer” and Europe is his “gas chamber.”

According to Demeter, “‘Liberaryans’ are now aiming at excluding us, Poles and Hungarians, from the one last political community where we still have rights,” making the two nations “the new Jews.”

The Hungarian Jewish Community, the American and Israeli embassies condemned the piece, and Demeter said on Sunday he would retract the article “independently of what I think” and deleted his Facebook page.

In an email sent to his employees on Monday, Demeter said “my conscience is calm. I have never written down a single anti-Semitic line or phrase. But I didn’t even think [one]. There is not a single anti-Semitism in my writing title ‘Soros’,” 444.hu reported.