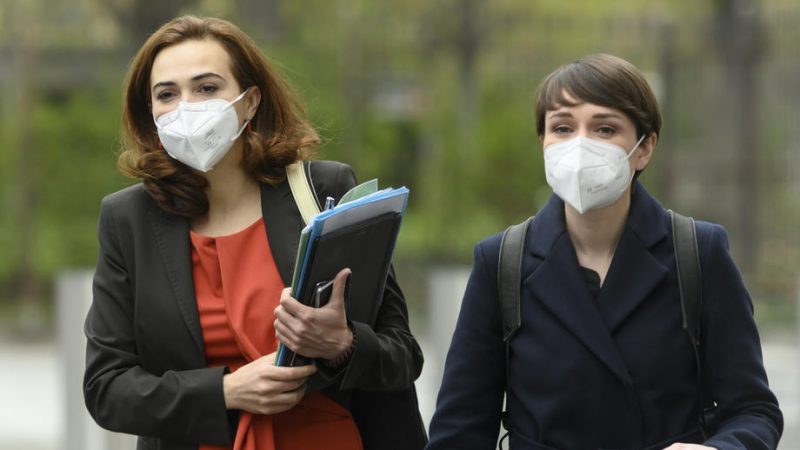 Green Justice Minister Alma Zadić said the report “is a clear call not to make party-politics on the expense of the constitutional state.” [EPA-EFE/CHRISTIAN BRUNA]

After the European Commission pointed out some worrying developments in Austria in its rule of law report, several politicians and anti-corruption experts voiced their concerns over the deterioration of the country’s performance in some areas of the report.

The report “is a clear call not to make party-politics on the expense of the constitutional state,” said Green Justice Minister Alma Zadić, adding that it is concerning that the EU also sees the recent attacks on the judiciary by high-ranking ÖVP politicians as a “worrying development.”

Former head of the International Anti-Corruption Academy and initiator of the petition for a referendum on anti-corruption Martin Kreutner called the EU report “embarrassing for Austria” and added that there is urgent need for action.

But the conservative ÖVP tried to downplay the result. Constitution Minister Karoline Edtstadler told the Austrian Press Agency that the report would confirm the “very high degree of rule of law” in Austria and said that she could not understand the Commission’s criticism.

The Social Democrats meanwhile see the report as a confirmation of the ÖVP’s “power play” and criticised the media politics and the increasing intimidation of the judiciary by the ÖVP. “Minister Edtstadler would be well-advised not to deny the criticism of the report,” SPÖ MP Selma Yildirim said.