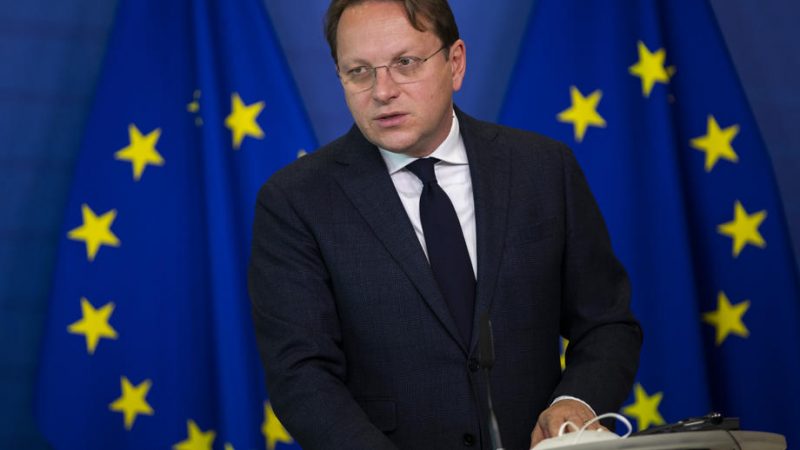 EU officials will arrive on Friday in Sofia with a compromise solution to overcome the Bulgarian veto against North Macedonia starting accession negotiations, former Bulgarian foreign minister Ekaterina Zaharieva announced, warning that their proposal is against the Bulgarian interest.

Bulgaria has a caretaker cabinet after the elections on 4 April failed to produce a majority capable of forming a government.

The country is under EU pressure to overcome the veto which the former government of Boyko Borissov imposed last November.

EU officials apparently seek to use the window of opportunity with the caretaker cabinet to solve the stalemate, before the 11 July elections, the result of which is unpredictable. In Borissov’s government the so-called Patriots, namely the VMRO party of Krassimir Karakachanov, were a junior partner, strongly opposed to North Macedonia starting accession negotiations.

No such hardliners are present in the caretaker cabinet, appointed by President Rumen Radev.

Zaharieva, who is from Borissov’s GERB party, now in opposition, wrote on Facebook on Thursday that Portuguese Foreign Minister Augusto Santos Silva and EU Enlargement Commissioner Oliver Varhlyi arrive in Sofia on Friday with a “very clear purpose”:  President Radev and his government to give their green light for North Macedonia to start accession talks.

“The compromise proposal is now a public secret in Brussels and circulates freely in the corridors of the Commission and the Council, as well as in European capitals. I also saw it and that’s why I allow myself to comment on it in advance”, writes Zaharieva.

According to her, this compromise does not correspond to the framework position of Bulgaria, adopted by the government and approved unanimously by the parliament, “because with it we do not receive any guarantees that our neighbours will embrace European values.”

Reportedly, the position of the caretaker cabinet is that it has neither the ambition nor the legitimacy to reverse the Bulgarian veto, as the veto is based on a statement by the National Assembly from 2019 adopted with unanimity.

Bulgarian President Rumen Radev will represent the country at the upcoming EU summit on 24-25 May. After that, on 27 May, Radev will visit Rome, where he will meet with North Macedonian President Stevo Pendarovski. According to Sofia, the key of the solution is in Skopje changing its attitude vis-à-vis Bulgaria.