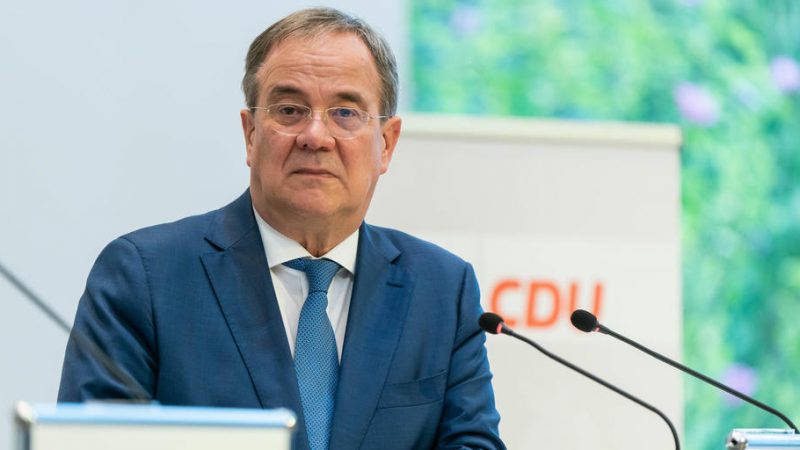 After losing the 26 September election to the SPD, calls for top-level personnel to step back had become loud, as ally after ally left Laschet’s corner. [EPA-EFE/ Thomas Niedermueller]

“I’d be happy if we managed in these trying times, a fresh start with new personalities,” said Armin Laschet, the leader of the conservative union CDU/CSU, on Thursday. Although he did not state that he would step aside, it is believed he is now on borrowed time.

After losing the 26 September election to the SPD, calls for top-level personnel to step back had become loud, as ally after ally left Laschet’s corner. Former allies include Friedrich Merz and Health Minister Jens Spahn, who now call for renewal in the party.

“We will also quickly tackle the renewal of the lineup of the CDU in terms of personnel, from the chairperson to the executive board to the federal board,” Laschet stated at the Konrad Adenauer Haus in Berlin following internal talks within the party.

For Laschet, who cannot return to his post as minister-president of North Rhine-Westphalia, leaving the post as CDU party chief would effectively mean the end of his political career.

If the liberal FDP and the Greens want a departure from the status quo, the SPD was the wrong partner based on years of experience with the party in government, said Laschet in a last nod to the “Jamaica” coalition that would see the conservatives enter government despite coming in second at the elections.

“We don’t slam doors,” he told the two parties, signalling openness for coalition talks. Whether Laschet will still be in charge then is unlikely, EURACTIV understands.

Eyes are now on next week when the conservatives decide when to hold a party convention that will decide Laschet’s ultimate fate.