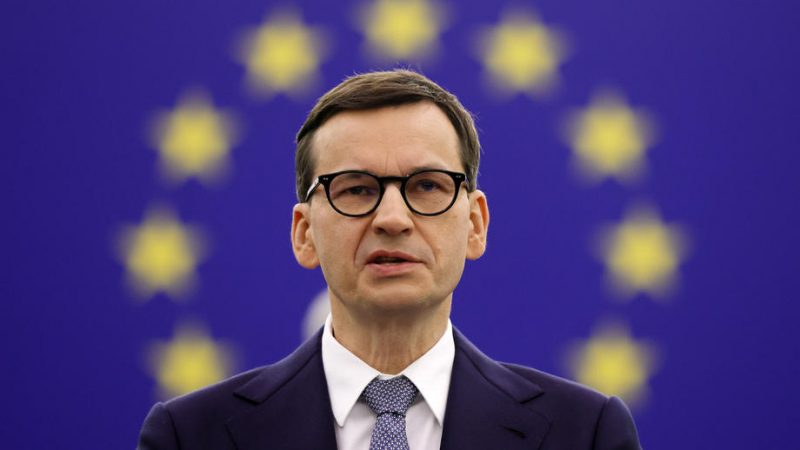 The European Parliament’s Conservatives and Reformists Group (ECR) have called on European Commission President Ursula von der Leyen to approve the country’s currently blocked recovery funding despite the rule of law standoff with Brussels in light of the pandemic and ongoing ‘hybrid attack’ from Belarus.

EURACTIV has seen a letter, signed by ECR Co-Chairmen Ryszard Legutko and Raffaele Fitto, which comes in reaction to recent demands from five political groups in the European Parliament pressuring the European Commission to block Poland’s recovery plan, calling them “outrageous” and “motivated by sheer vindictiveness”.

“Poland, in particular, must be assured that it can rely on the solidarity of the Union and the lawful actions of the Commission,” they wrote, referring primarily to the situation at the Polish-Belarusian border.

“Poland has long since met all the criteria required for approval, and there is not a single criterion the Polish government has fallen short of,” the group wrote to Von der Leyen.

According to them, if the Commission considers that Poland has not taken the necessary measures to comply with the decision of the EU’s top court, “it may bring the case before the Court and if the Court finds that Poland indeed has not complied with its ruling, it may impose a lump sum or penalty payment.”

“This is the only legal procedure that the treaties allow – this procedure contains no provision for any form of financial Aushungerung directed against a nation-state,” the ECR chairmen wrote.

“As long as a breach of the rule of law has not been established in accordance with the applicable Treaty standards, any punishment of Poland would bear the sign of a political vendetta,” the group said in reference to the EU’s Article 7.

The procedure, which allows the bloc to suspend a member’s rights if it believes EU values are being consistently endangered, has been shelved since 2017.

ECR also repeated that “the allegation relating to the primacy of EU law has no substance” since the treaties would make no reference to this concept.