Construction of subway kicks off in Belgrade, followed by protests 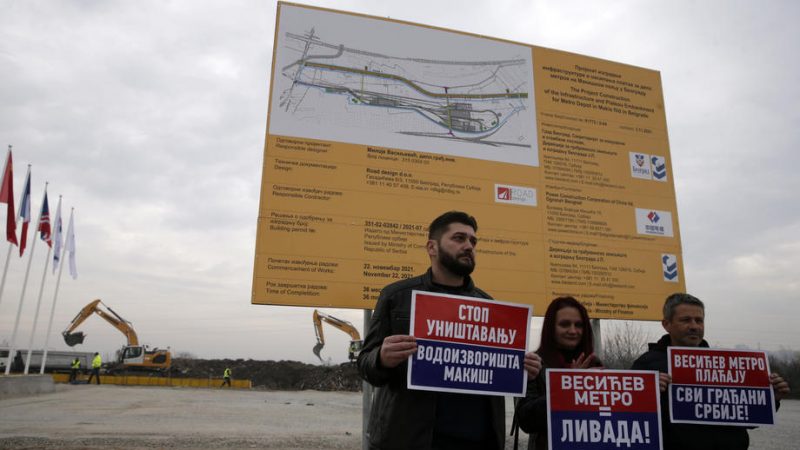 The construction of the Belgrade subway started at the Makiško Polje location on Monday, with the building of infrastructure and a platform of the future terminal. The construction work began with protests, with ecological activists claiming that any construction in that area would seriously endanger Belgrade’s water supply.

Belgrade Deputy Mayor Goran Vesic said that this was the capital’s most important project in the 21st century and that by 2030 Belgrade would get two subway lines with a combined length of 42 kilometres and 43 stops, 223 kilometres of BG Train lines with 76 stops and 500 departures per day, as well as 42.6 kilometres of a new tram network.

“The two subway lines will cost around €4.6 billion, the expansion of BG Train and new trams about 1.5 billion, and that equals roughly five annual budgets, and so it is clear that we would not be able to finance such a project in a such a short time on our own,” said Vesic.

At the beginning of construction, a protest rally was held at Makiš, an urban neighbourhood south of Belgrade,  and citizens blocked the road for a while.

Besides the subway, the city authorities plan to construct 4.5 million square meters of residential and business space on 700 hectares of the protected hygienic-sanitary zone on Makiško polje.

Makiš is the site of the central facilities of the Public Utility Company Belgrade Waterworks. The Makiš water treatment plant is treating river water and holds major drinking water reserves for the residents of Belgrade.

The protest participants said that the project at Makiš would cause lasting damage and affect the future of Belgrade’s citizens.

Architect Slobodan Maldini said that Belgrade needed a subway, but the strategy of its realisation was “deeply wrong,” because the city could not give up strategic resources, such as drinking water, which is not a renewable resource.