Conte negotiates to broaden support for his government 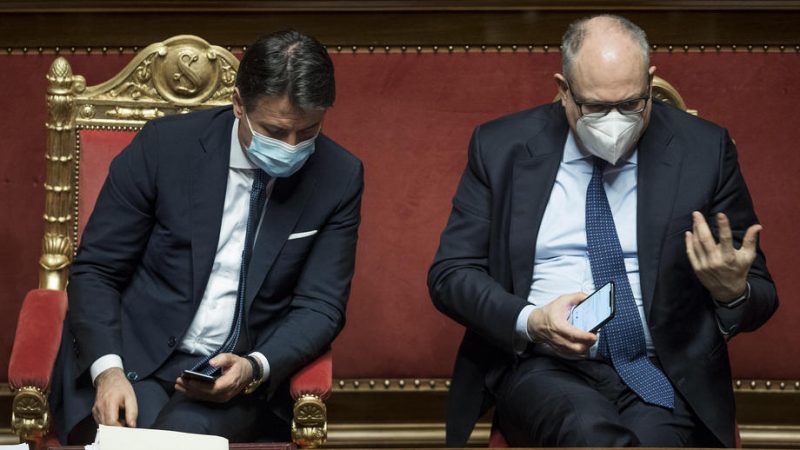 Prime Minister Giuseppe Conte and Italian Minister of Economy and Finance Roberto Gualtieri during a debate in the Senate in Rome, Italy, 19 January 2021. [EPA-EFE/ROBERTO MONALDO]

After winning the no-confidence vote in the Senate on Tuesday, Italian Prime Minister Giuseppe Conte met on Wednesday evening with party leaders who supported the government. Conte and his cabinet, according to Italian analysts, will try in the next few days to widen their parliamentary majority by involving MPs who voted no confidence on Monday and Tuesday.

To convince some of these MPs, Conte could offer the seats left vacant by the two ministers from Matteo Renzi’s party who resigned from government. He could even expand the government to other members.

European Commission President Ursula von der Leyen said this is “the moment when stability is needed and everyone must unite to overcome the pandemic and the economic crisis.”

“We are in constant contact with Italy and the work on the plan for recovery and resilience is underway. We work with all governments to make sure that EU priorities are taken seriously,” she added.

Later on Wednesday, Conte met with President Sergio Mattarella, to update him about the government crisis.

Meanwhile, the Chamber of Deputies voted in favour of the new measures against COVID-19 on Wednesday evening for the Senate to vote on next week. All political forces have pledged to approve the new measures. (Daniele Lettig | EURACTIV.it)