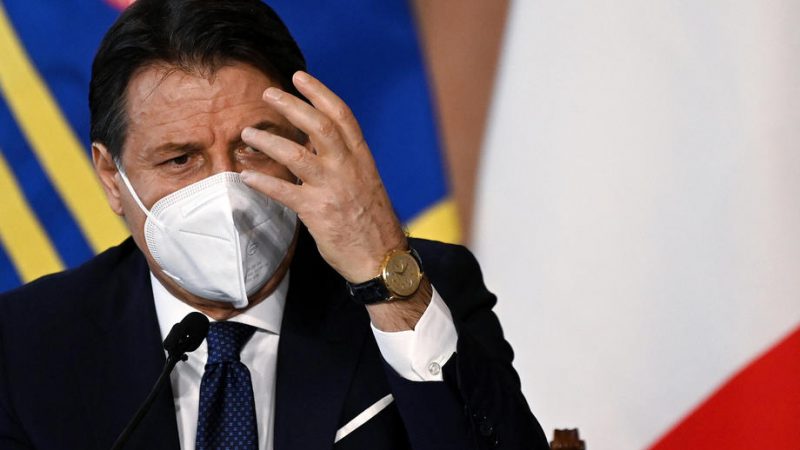 The Senate - the second branch of the Italian parliament with the same powers as the Chamber - is expected to vote on the no-confidence vote on Tuesday. [EPA-EFE/RICCARDO ANTIMIANI]

Italian Prime Minister Giuseppe Conte will ask MPs in the Chamber of Deputies on Monday to vote in favour of his government’s confidence after Matteo Renzi’s Italy Alive ministers resigned from the government and plunged the country into a political crisis.

The Senate – the second branch of the Italian parliament with the same powers as the Chamber – is expected to vote on the no-confidence vote on Tuesday.

However, Conte does not currently seem to have an absolute majority in the senate.

Though intense (and in some cases opaque) negotiations are now taking place to create a new political group supporting the government, “there are democratic, liberal and pro-European sensibilities in parliament who can converge with this transparent spirit: we will see what will be the outcome,” according to Democratic Party secretary, Nicola Zingaretti.

Italy Alive will vote in favour of the new economic measures against the crisis due to the pandemic, Renzi said in a TV interview on Sunday. “I’m on the side of Italy, I’m a patriot,” said Renzi, adding, however, that “if you ask me if I’m part of the government majority, I say ‘no more’.”