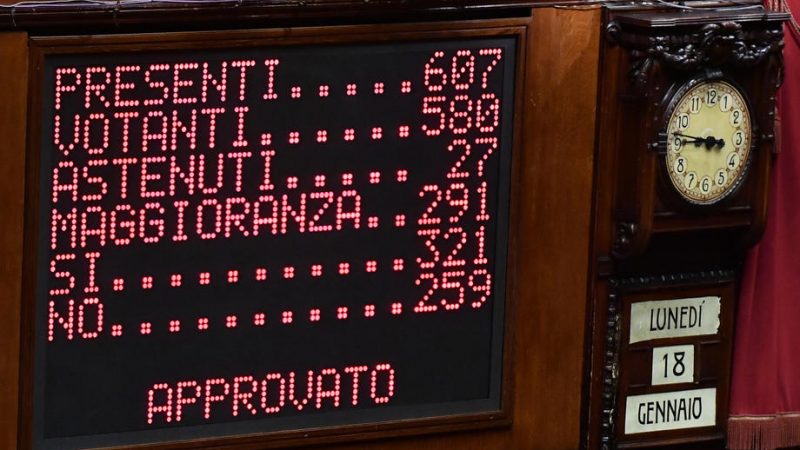 Italian Prime Minister Giuseppe Conte won the no-confidence vote in the Chamber of Deputies on Monday evening, meaning the PM only has to convince the second branch of the Italian parliament, known as the Senate, which is expected to have the results of the confidence vote late on Tuesday.

Negotiations to find a new group of pro-government senators also continued on Monday, although it remains uncertain whether Conte will obtain an absolute majority of votes. According to Italian political analysts, the most likely scenario is that the government will have a relative majority, and will later attract the support of other MPs.

“I confess I feel a certain unease”, said Conte in his speech. “Our energy should always be concentrated on urgent responses to the crisis that’s gripping the country. Was there really a need to open a political crisis at this stage? No,” he added.

The PM – who had previously ruled in a coalition with the anti-EU party of the Northern League – reiterated the current government’s pro-European stance. “As an authoritative member of the European Union, Italy can offer an important contribution to a useful link between the main international players,” said Italy’s PM.

Conte – one of Western Europe’s few political leaders to claim an excellent relationship with outgoing US President Donald Trump – also had some welcoming words for the incoming US presidency. I look “with great hope to the Biden presidency,” said Italy’s prime minister. (Daniele Lettig | EURACTIV.it)