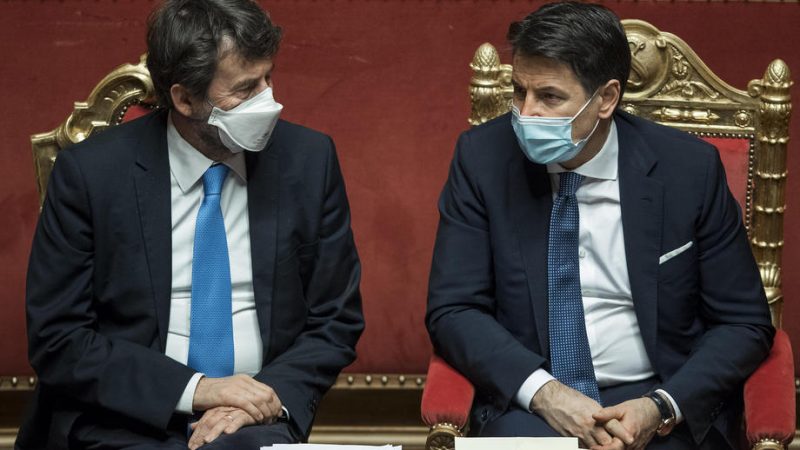 In the Senate, the Conte government was five MPs short of an absolute majority given that only 156 Senate MPs supported the government in the vote of no-confidence. [EPA-EFE/ROBERTO MONALDO]

Italian Prime Minister Giuseppe Conte won the no-confidence vote in the second branch of parliament, known as the Senate, late on Tuesday evening in what was a long and sometimes confusing session, after earning the trust of the Chamber of deputies on Monday.

In the Senate, the Conte government was five MPs short of an absolute majority given that only 156 Senate MPs supported the government in the vote of no-confidence.

In other words, the government’s stability appears to now be at stake. While almost all of Matteo Renzi’s Italia Viva MPs abstained, only two Forza Italia MPs, whose party leader is Silvio Berlusconi, voted in favour.

In his speech, Conte invited “groups that are placed in the highest Europeanist, liberal, popular, socialist tradition” to vote in favour of his government. “If we don’t have the numbers, we will go home. If we have your trust, we will strengthen the government team,” a nervous prime minister told Senate MPs.

Conte’s next move remains uncertain for the time being.

While it is very likely that Conte will soon meet President Sergio Mattarella, Italian analysts believe his resignation to be unlikely for the moment. Leaders of the right-wing opposition, Matteo Salvini and Giorgia Meloni have already asked for Mattarella to intervene.