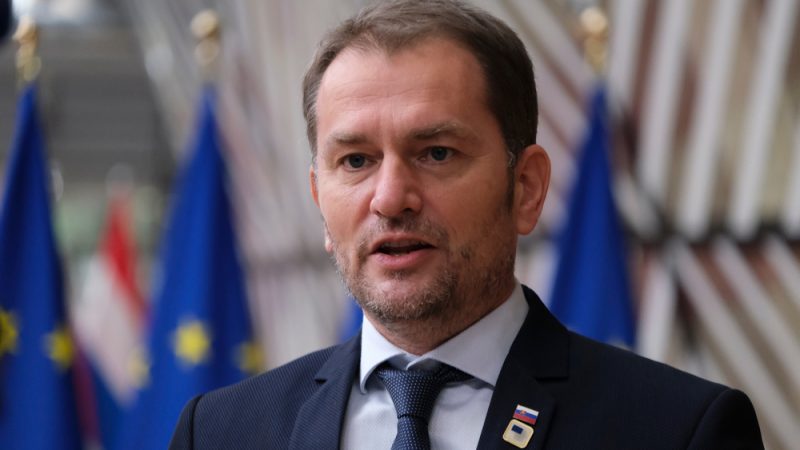 Slovakian Finance Minister Igor Matovič (OĽaNO) who was ousted as prime minister after he bought the Sputnik V vaccine from Russia without consulting his coalition partners in government, has been appointed to represent Slovakia in international financial institutions, according to a proposal approved by the government on Thursday.

However, since former finance minister and new prime minister, Eduard Heger, was appointed to the EIB’s board last June for 12 months, Matovič will only be on the board of the world’s largest public lender and the European Union’s house bank for only one month.

Meanwhile, President Zuzana Čaputová indirectly suggested on Thursday that Matovič did not tell the truth about the reasons why the jabs are returning to Russia. She also said that the Russian fund marketing the vaccine did not ask the Slovak government to return the vaccines from Slovakia due to the certification of the laboratory that tested the samples, as Matovič had previously claimed.

Last week, Matovič said Russians wanted the vaccines back because Slovakia tested them in a laboratory without OMCL certification, which violated the contract.

“The [Russians] feel that exceptional damage was caused to them when the State Office for Drug Control (SODC) assigned the assessment of the vaccine to a non-registered laboratory,” Matovič told journalists on 9 April.

Čaputová, who this week backed the researchers that examined doses of Russia’s Sputnik V vaccine after Russia criticised them for having “damaged the reputation” of the shot, said she studied the undisclosed contract for the purchase of the Russian jabs and a letter in which the Russian Direct Investment Fund (RDIF) asked the government to return the unused vaccines.

“There was a different reason for their return request,” Čaputová said during her briefing on Thursday. The country’s president is calling for the contract to be made public as she sees no reason for it to be kept hidden from the public. (Irena Jenčová | EURACTIV.sk)