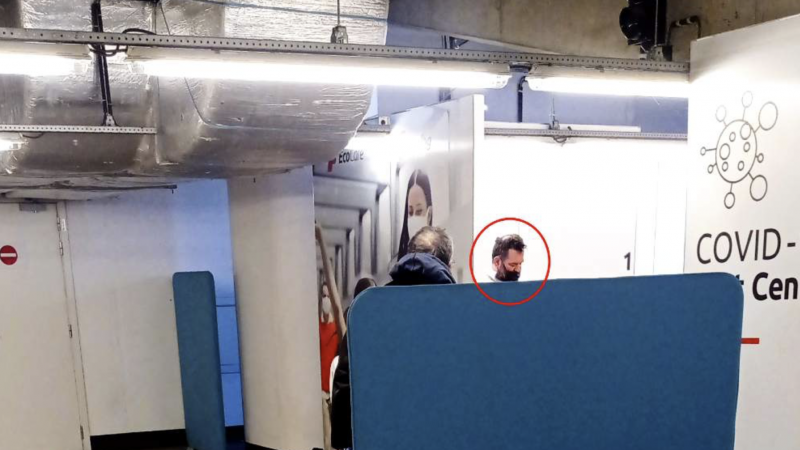 EURACTIV reported on Monday that it is not clear if the Greek authorities have informed the Belgian police about the upcoming lifting of Lagos’ immunity in order to prevent him from fleeing the EU. [TVXS]

Greek MEP Giannis Lagos, who was convicted in October for directing the neo-Nazi Golden Dawn party as a “criminal organisation”, is planning to travel to Norway one day after the European Parliament is to lift his immunity, news website TVXS has reported.

The plenary session of the European Parliament voted on Monday (26 April) to waive the immunity of Lagos and the official results will be announced today in the morning.

TVXS published a picture showing Lagos taking a vaccine in the COVID Test Center of the European Parliament. He reportedly declared that he needed the vaccine in order to travel to Norway on Wednesday (28 April).

Lagos denied in a tweet that he is planning to travel to Norway, however, he did not specify why he had submitted a formal application before undergoing a test stating the date and destination of his flight, in order to be indicated in the relevant certificate together with the passport number.

Once his immunity is lifted, Greece will issue an international arrest warrant for Lagos. If he is apprehended in Belgium, police there will arrest him unless he decides to go back to Greece and surrender.

EURACTIV reported on Monday that it is not clear if the Greek authorities have informed the Belgian police about the upcoming lifting of Lagos’ immunity in order to prevent him from fleeing the EU.

Lagos’ colleague Christos Pappas, who was also convicted, has so far avoided arrest by fleeing the bloc for an unknown destination.

Citing a Serbian foreign affairs official, news website Vice.com recently reported that Pappas was located in “inaccessible areas” on the Serbian side of Kosovo or Bosnia.

“In Greece, at some point, they would catch him. That’s probably why he is with far-right Serbs, who helped him escape,” the official said. (Sarantis Michalopoulos | EURACTIV.com)