Convicted to jail MEP to continue getting paid 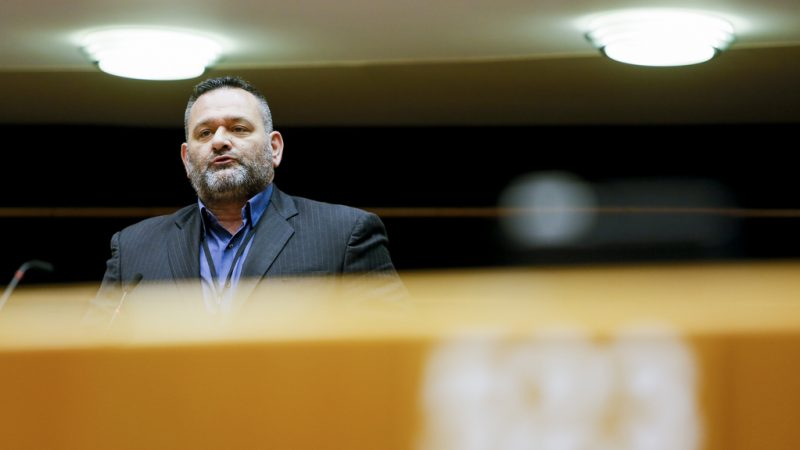 A Greek court sentenced on Thursday the “directors” of the neo-Nazi Golden Dawn party to up to 13.5 years in prison for “running a criminal organisation”.

Most of them have already surrendered but the case of MEP Ioannis Lagos seems to be stuck in Brussels bureaucracy as in order to be arrested his immunity has to be lifted.

First, the Greek authorities have to request a waiver of his immunity. Once they send the necessary documents, the Parliament’s legal services evaluate the request. After a green light is given by the legal services, President David Sassoli announces the request for a waiver of the immunity in the plenary session.

Then, the JURI committee initiates the relevant procedure, which entails a hearing in the committee and a secret ballot with physical presence.

However, currently the committee is unable to hold an in-camera meeting due to COVID-19 and EURACTIV has learnt that they have asked for a solution from the legal services.

In the meantime, Lagos will be normally receiving his salary. It may be cut, though, as the Parliament has decided to sanction him due to inappropriate comments against migrants during a parliamentary session. (Sarantis Michalopoulos | EURACTIV.com)