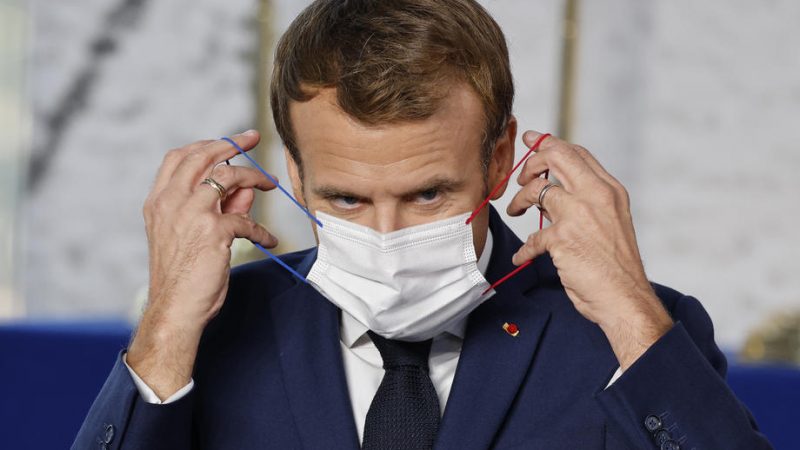 French President Emmanuel Macron called on the world’s biggest emitters to catch up and “raise” their climate ambitions during his opening speech at the COP26 climate summit in Glasgow. [EPA-EFE / LUDOVIC MARIN]

French President Emmanuel Macron called on the world’s biggest emitters to catch up and “raise” their climate ambitions during his opening speech at the COP26 climate summit in Glasgow.

“The key for the next 15 days is for the biggest emitters, whose national strategies are not in line with our 1.5°C objectives, to raise their ambitions,” he said, adding that this is “the only way […] to have strategies by 2030 that make the 1.5°C credible”.

Macron called for the climate commitments to be marked by “ambition, solidarity and trust”. He stressed that “it is those who often did not have the development models that caused this crisis and these disruptions who are the first to experience the consequences”, citing countries in Africa and the Pacific in particular.

Faced with what he described as “the second major objective” of this COP, the $100 billion to be invested per year until 2025, Macron declared that France had increased its contribution to more than $7 billion per year and recalled the EU’s commitment to $25 billion per year.

“But all developed economies must now contribute their fair share because leadership requires exemplarity,” he stressed, calling on “countries that are not meeting their fair share to take responsibility by the end of this COP”.

He ended by insisting that “too many of us make commitments here and then sign trade agreements that do exactly the opposite”, demanding that these agreements must in future reflect climate commitments.