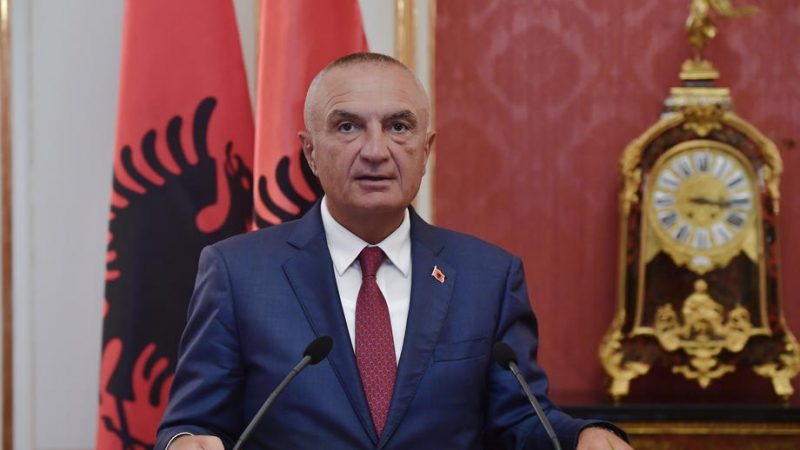 Albania’s Constitutional Court has closed the hearing on the impeachment of President Ilir Meta. [EPA-EFE/SZILARD KOSZTICSAK]

Albania’s Constitutional Court has closed the hearing on the impeachment of President Ilir Meta following accusations from the Socialist Party majority that he committed serious violations of the constitution.

In a historical first, the Albanian Parliament dismissed President Ilir Meta last June for “serious violations” of the Constitution during the April electoral campaign. 105 MPs in the 140-seat parliament voted for Meta’s dismissal, seven MPs voted against, and three abstained.

During the April electoral campaign, Meta accused the government of being involved in preparations to rig the elections, of colluding with criminal gangs to buy votes, and called on people to defend their votes. He was also involved in a public spat with US Ambassador Yuri Kim, who he accused of overstepping her role and interfering in local politics.

After hearing the arguments of the Socialist Party, totalling over 70 accusations, and the answers and claims from Meta, the court now has 30 days to file a decision. Meta’s term as president is due to end in July this year, meaning that if he is impeached, it would be a loss of only a couple of months in office.

If Meta is dismissed and the Socialist Majority picks the new president, the government, presidents office, and all but one municipality in the country will be de facto under single-party rule.