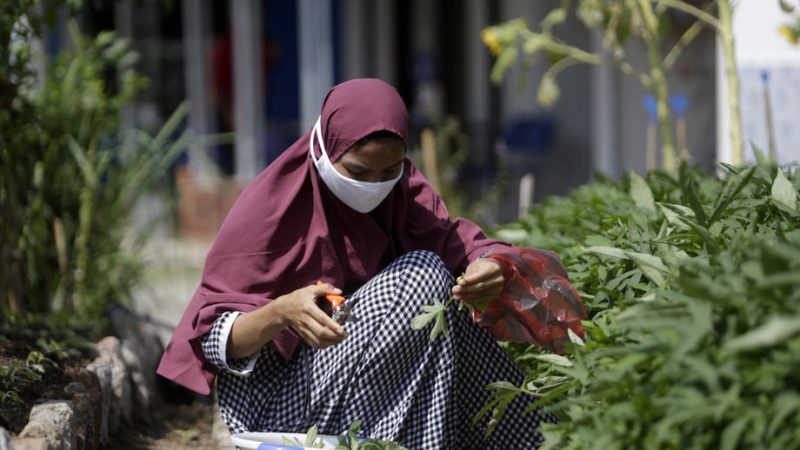 The government has already accepted that situations such as this are an "enormous risk to public health, as well as a blatant violation of human rights". [EPA-EFE/HOTLI SIMANJUNTAK]

The pandemic turned the spotlight on the Alentejo region in southern Portugal due to the high number of COVID-19 cases among immigrants working in the agriculture sector, some living in overcrowded spaces and poor housing conditions.

The government has already accepted that situations such as this are an “enormous risk to public health, as well as a blatant violation of human rights”.

“Some of the immigrants are living in unacceptable housing situations, with hyper overcrowding,” Prime Minister António Costa has said.

On Sunday, Defence Minister João Gomes Cravinho said the government’s response to the lack of acceptable housing standards of rural workers in Odemira is a “work in progress”. The problem is “complex” to solve, he added.

On the same day, Odemira’s Mayor, José Alberto Guerreiro (PS), revealed that he had lodged a complaint with the Judicial Police (PJ) about the situations “many migrant workers” in the municipality face. The mayor pointed out that more than 50 lodgings for rural workers have been inspected by the authorities, who identified overcrowding and the need to transfer people.