COVID-19: Half Greece in the red 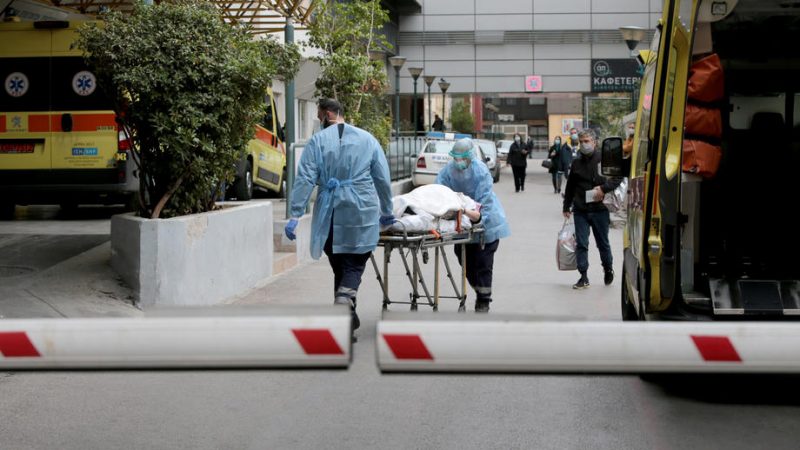 According to National Organisation for Public Health (EODY) research, 387 patients are now intubated in Greece’s ICUs, with 56 (14.5%) vaccinated and the remaining 331 (85.5%) unvaccinated. [EPA-EFE / PANTELIS SAITAS]

On Wednesday (27 October), Greek health officials reported 3,651 new coronavirus cases, a reduction from 4,165 the day before, and 63 deaths, a recent high. Half of the country is now at the “red” epidemiological level while vaccinations remain stagnant at 59%.

According to National Organisation for Public Health (EODY) research, 387 patients are now intubated in Greece’s ICUs, with 56 (14.5%) vaccinated and the remaining 331 (85.5%) unvaccinated or just partially vaccinated.

The regional governor of Thessaly in central Greece said on Tuesday that the annual school parades on 28 October 28, the national holiday commemorating Greece’s defiance of an Italian ultimatum and its entry into World War II, would be cancelled.

“For two of our patients during the weekend, no intensive care bed was found. We took them to the operating rooms,” said N. Capravelos. During the first wave, Greece was a role model as the country went swiftly to a lockdown, registering low numbers of infections and deaths.

The opening of tourism during two consecutive summers has reversed that image. To date, Greece has reported 728,210 cases with 15,770 fatalities.