Crisis in the BiH Army 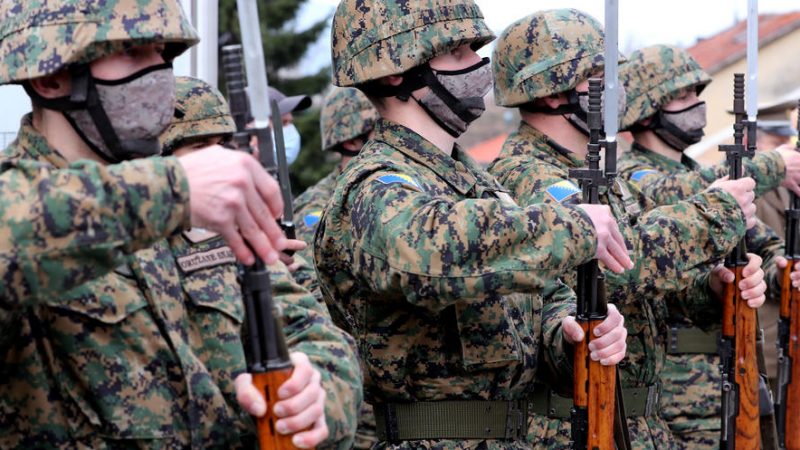 Proceedings are underway against those soldiers who attended the celebration but Dodik said there would be no consequences for them. [EPA-EFE/FEHIM DEMIR]

Members of the Armed Forces of Bosnia and Herzegovina participated in the celebration of the so-called ‘Day of RS’ (RS, Republika Srpska, Serb entity) on 9 January in Banja Luka.

The BiH Constitutional Court declared the ‘Day of RS’ unconstitutional, but Milorad Dodik, the Serb member in the BiH tripartite Presidency, organises the celebration every year, without consequences except for US sanctions.

Proceedings are underway against those soldiers who attended the celebration but Dodik said there would be no consequences for them.

At the commemoration of the anniversary of the “Lightning 93” operation on Tuesday, the 105th Bužim Brigade (war unit) wore the uniforms of the Armed Forces of BiH. Uniformed people, war songs, flags, shouting “Allahu Akbar” and “Takbir” (the name for the Arabic phrase ʾAllāhu ʾakbarᵘ, meaning “Allah is the greatest”), disturbed a part of the public in Republika Srpska, N1 reported.

Political parties asked for an investigation of the incident.

The OSCE Mission in BiH expressed concern over hate incidents reported in various town in RS and Federation BiH (Bosniak-Croat entity), warning that inflammatory rhetoric used by some officials is contributing to the proliferation of such incidents.