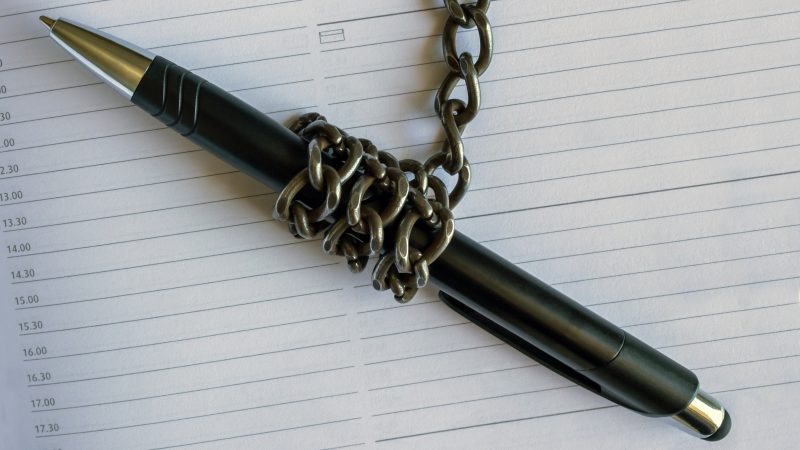 The Social Democratic Party’s Mirela Ahmetović said this was an unprecedented case of pressure being exerted on the media. [shutterstock/ Korelidou Mila]

A  judge on the Zagreb Municipal Court prohibited Jelena Jindra, a journalist from non-profit portal H-Alter, from writing articles about the director of the Polyclinics for the protection of children and youth.

Jindra commented on the judge’s decision, saying that children are being taken away from non-violent parents by temporary court measures,  therefore she isn’t surprised her writing is being taken away in the same manner.

The government and opposition were unanimous in condemning the court’s decision.

“If an injunction refers to reporting about a public authority, then it constitutes an act of indirect censorship,” the editor of H-alter Toni Gabrić said.

The Social Democratic Party’s Mirela Ahmetović said this was an unprecedented case of pressure being exerted on the media.

Culture and Media Minister Nina Obuljen Koržinek said that she considered it unacceptable to ban someone in advance from reporting about something.

“In my opinion, any dispute related to media articles needs to be resolved in line with the Media Act, and that means publishing a denial. If that is not published or does not bring satisfaction, the matter can always be taken to court,” Obuljen Koržinek said ahead of a regular cabinet meeting.

“Regardless of whether this content is true or not, whether it has caused someone harm, which it probably has, we are all part of these processes in which untrue media reports can be harmful, but whatever the final verdict, the media must not be silenced or prevented from presenting such content, because the people criticised in the report have the right to seek satisfaction in court,” said Marija Selak Raspudić of the opposition (right) Bridge party.