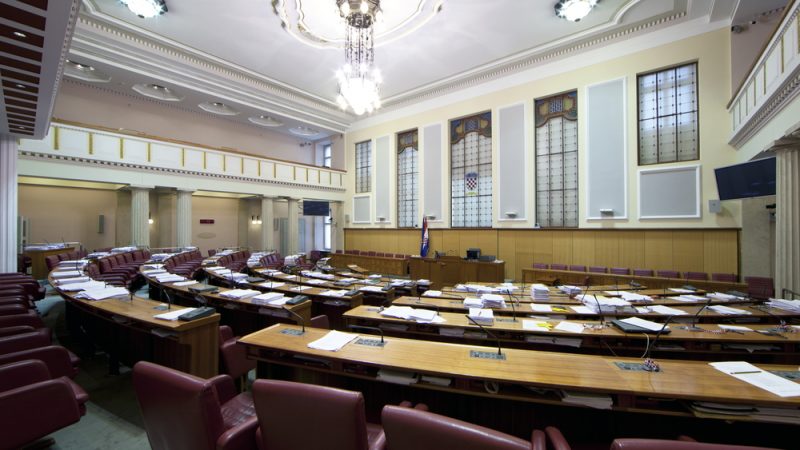 A number of parliamentarians still have doubts, possibly taking their cue from President Zoran Milanović, who keeps insisting Croatia’s priority should be fighting for the rights of ethnic Croats in neighbouring Bosnia and Herzegovina and their efforts to change the national electoral law. [Shutterstock/Berni]

Croatian lawmakers are largely expected to endorse Sweden and Finland’s NATO accession once the two Nordic countries apply to join the alliance, but it may not all be plain sailing in the Croatian parliament, the Sabor.

A number of parliamentarians still have doubts, possibly taking their cue from President Zoran Milanović, who keeps insisting Croatia’s priority should be fighting for the rights of ethnic Croats in neighbouring Bosnia and Herzegovina and their efforts to change the national electoral law.

Milanović, a former Social Democrat who has turned increasingly nationalist, suggested the Nordic duo’s admission should be made conditional on helping Bosnian Croats. In his latest comments, he said he would call anyone who votes in favour of ratifying the duo’s NATO accession a traitor.

While MPs of the ruling conservative HDZ are all likely to be in favour, Peđa Grbin, the leader of the Social Democrats (SDP), said that “once the issue is put on the parliament’s agenda, the SDP presidency will meet and decide on how our MPs should vote”.

“The fact is that there are different criteria because Croatia, Romania, and Bulgaria have been waiting to join Schengen for years… and that’s a different treatment from what has been announced for Sweden and Finland,” Grbin said.

The green-left platform Možemo! (We can!), which rules the capital Zagreb, has not reached a common position either.

“The party council will decide on this, probably this week,” said Možemo! MP Sandra Benčić, who expects the Sabor to endorse NATO’s enlargement but pointed out what she said were “two neglected aspects”.

“I am afraid the EU and NATO are again making short-term decisions, as they have done so far. Instead, the EU should be thinking about cutting its dependence on Russia when it comes to energy, but also on America when it comes to European security,” she said.

Nikola Grmoja of the right-wing Most (Bridge) party said Zagreb should use this issue to insist on solving the problems of Croats in Bosnia-Herzegovina.

“This is an issue par excellence for the status of Croats in BiH,” Grmoja said and added that Croatia can now show “how far we can go”.