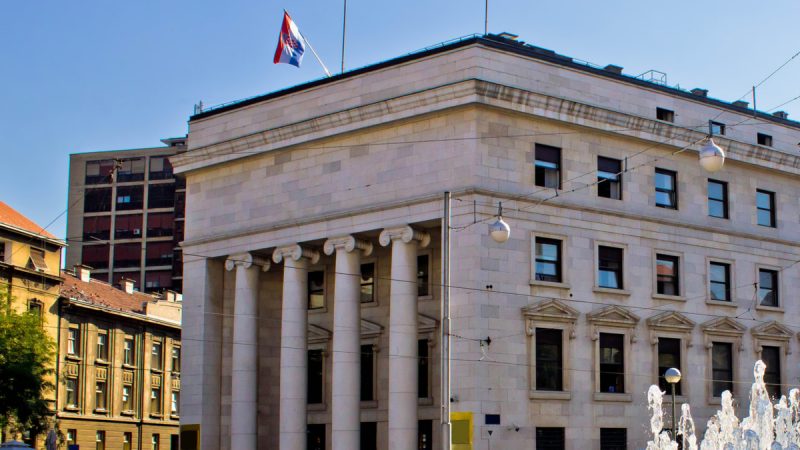 MPs Ivana Kekin and Urša Raukar of the Green-Left Bloc on Tuesday called for the resignation of Croatian National Bank (HNB) Governor Boris Vujčić and HNB Council members following revelations that HNB officials and staff had traded in securities of commercial banks.

MPs from other left-leaning parties joined the initiative.

Kekin said that the information obtained through the media clearly showed that, through insider dealing, HNB officials and staff had directly violated the basic principles and legal provisions concerning capital markets.

Raukar said that it also raised the question of whether Croatia was genuinely ready and willing to comply with the principles of the European Central Bank as the first condition for entry into the euro area.

Croatian National Bank (HNB) Governor Boris Vujčić and his deputy Sandra Švaljek did not breach any legal regulations, the HNB said in reaction, Hina reports. They owned stocks and corporate bonds of banks but sold them according to the rules.

The HNB notes in response that members of the HNB Council, executive directors and advisers to the HNB governor must not, under the HNB Act, own stocks or shares in the legal entities to which the HNB issues operating licences or whose operations it oversees.

“It is not against the law if an employee, including the governor, an HNB Council member or executive director, holds banks’ corporate bonds. However, that rule has changed, so under the new Decision on special restrictions for insiders and other HNB employees, as of 1 March 2022, some of the HNB employees will not be allowed to trade in the corporate bonds of banks which were established or have an affiliate in the European Union,” the HNB says.