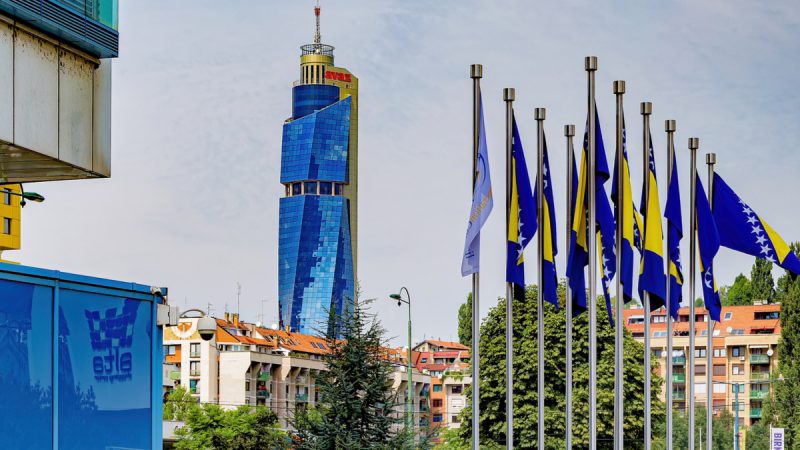 The two also slammed the decision to send peacekeeping troops into Ukraine, saying the territorial integrity and sovereignty of the country are guaranteed by international law. [Shutterstock / Andocs]

Leaders of Croat political parties in BiH Bosnian submitted a proposal to the US and EU administrations on electoral reform, incorporating the relevant rulings of the European Court of Human Rights and the country’s Constitutional Court. The proposal will be also forwarded to Bosniak and Serb representatives.

Ilija Cvitanović of the HDZ 1990 (not HDZ BiH) party said that the Croatian National Council (HNS) parties supported the proposed electoral and constitutional amendments forwarded to the foreign mediators.

“The legitimate political representation and equal status of the Croats as a constituent people is the minimum below which we will not and cannot go. That is our common position,” Cvitanović said without going into detail.

Croatian representatives are almost unanimous in boycotting elections if electoral reform fails. Adis Ahmetović, Bundestag rapporteur for Western Balkans, in an interview with Euractiv.hr endorsed elections, planned in October, to be held according to the current electoral law.

Bosniak party SDA and SPD BiH rejected discussions on the proposal due to the “tensed security situation in the country” referring to Milorad Dodik and decisions of Serb entity Republika Srpska to transfer part of authorities from BiH to entity level.