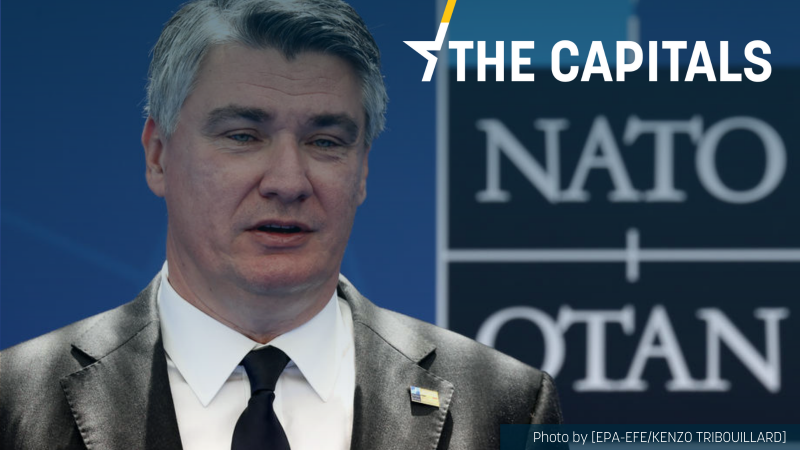 The President concluded by accusing the UK of “misleading Ukraine, inciting it, and holding it hostage to the relationship between London, which has become a second-order power, and Washington”. [EPA-EFE/KENZO TRIBOUILLARD]

There is no European or EU stability without Russia, said Croatian President Zoran Milanović, adding that “Russia is a factor in that equation, and we should have an agreement with Russia.”

Milanović accused the UK of “inciting” and believes that pushing Ukraine towards the confrontation with Russia is “irresponsible”. Asked why he did not meet the UK’s Secretary of State for Defence, Ben Wallace, who was in Zagreb, the Croatian president, told journalists he does not meet with defence ministers.

“I don’t even know the name of this. I meet possibly with those of foreign affairs, possibly Russia, America. I have nothing to talk to the ministers, especially the United Kingdom. I do not meet with the defence ministers except the superpowers. The UK has left the EU, and this gives it less importance,” the president said.

The president concluded by accusing the UK of “misleading Ukraine, inciting it, and holding it hostage to the relationship between London, which has become a second-order power, and Washington”.

Croatia and the UK stand side by side in supporting the right of sovereign states to choose their destiny, Wallace said in Zagreb on Tuesday.

With his Croatian counterpart, Mario Banožić, Wallace signed an agreement on strategic partnership between their departments and a deal that regulates the strengthening of the relations within NATO, the Western Balkans, coping with hybrid threats, and cooperation in upgrading the interoperability of the two countries’ armed forces.

Prime Minister Andrej Plenković also met with Wallace. They exchanged views on the situation on the Ukraine-Russia border and in the Balkan region, with emphasis on Bosnia and Herzegovina.