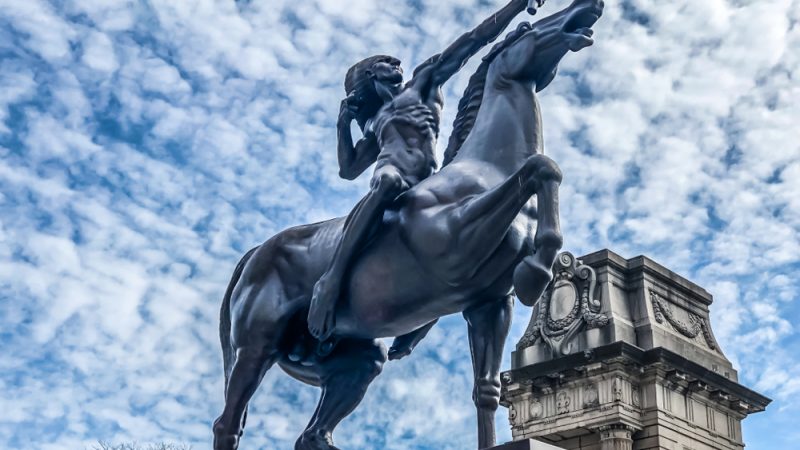 The Chicago Monuments Project which, according to its website, “intends to grapple with the often unacknowledged – or forgotten – history associated with the… hard truths of Chicago’s racial history,” is considering the fate of Meštrović’s “Indians (The Bowman and the Spearman)”, after finding it inappropriate and saying that it is one of about 40 monuments in Chicago that should be discussed.

The Project says it has identified those whose fate requires “a public discussion” and that Meštrović’s “sculptures have been criticised for their romanticised and reductive images of American Indians.”

For her part, Obuljen Koržinek said that Croatia’s culture and foreign ministries would point out through their channels that the project’s initiative was inappropriate because Meštrović’s “Indians” was a masterpiece testifying to the contribution of American Indians to the history of the United States.

“Indians (The Bowman and the Spearman)” are two bronze sculptures of mounted American Indians at Congress Plaza. Meštrović made them in Zagreb and they were displayed in Chicago in 1928. (Željko Trkanjec | EURACTIV.hr)