Croatia continues to strengthen its ties with China 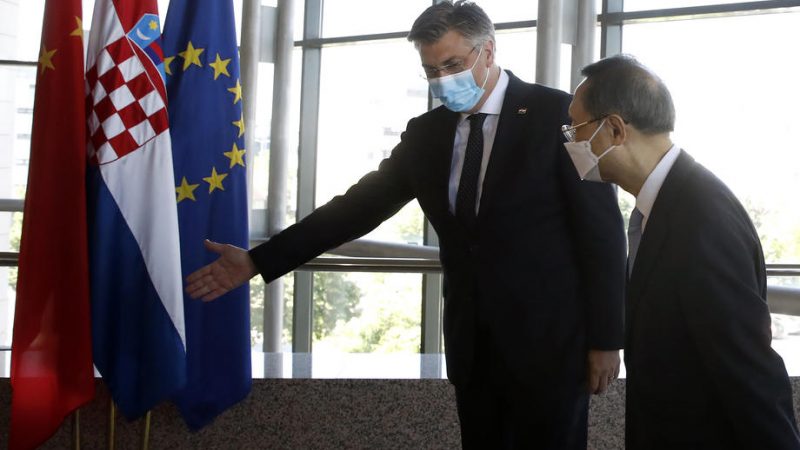 Croatian Prime Minister Andrej Plenković on Thursday received Yang Jiechi, director of China’s Central Foreign Affairs Commission Office and member of the Politburo of Chinese Communist Party. Plenković thanked China for the regular delivery of medical equipment and cooperation in the fight against the coronavirus, a government press release read.

Plenković also said the global pandemic had shown the importance of good governance and multilateral cooperation, the press release added.

For his part, Yang said China also supported the continuation of cooperation with Central and Eastern European (CEE) countries based on market principles in order to create mutually beneficial projects.

The two expressed satisfaction with the continuation of large projects in Croatia, such as the EU-funded Pelješac Bridge, as well as other investments, which are an example of successful cooperation – from the construction of transport infrastructure to investments in renewable energy sources. On transport infrastructure, the Chinese company bid on a tender for reconstruction of the Hrvatski Leskovac-Karlovac railway line, but its offer was too low.

Yang announced his visit to Ljubljana and Zagreb on Sunday, a day after Lithuania announced it is leaving the “17+1” initiative for cooperation between countries from East, Central and Southeast Europe. Yang was in Russia from Monday to participate in the 16th strategic and security consultation between the two countries.

It seems that following Lithuania’s decision, China has decided to find allies from the EU that would guarantee the survival of the “16+1” initiative.

However, Croatia and Taiwan continued expanding their economic relations, despite the pandemic, and is looking to bolster cooperation in terms of IT, tourism, the supply of medical equipment, cosmetics and food products, a meeting of the Taiwan-Croatia Business Council heard on Thursday. (Željko Trkanjec | EURACTIV.hr)