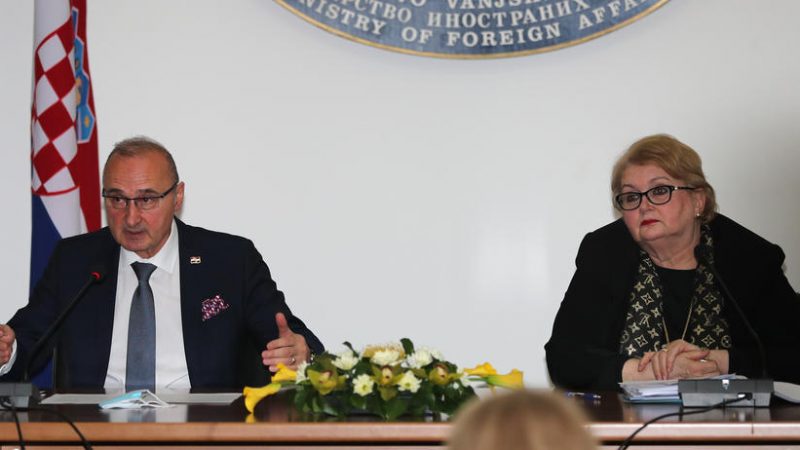 Croatian Foreign Minister Gordan Grlić Radman told Sarajevo daily Dnevni Avaz that: “Croatia and BiH are neighbouring and friendly countries that are undoubtedly geographically, politically, economically, and traffic-wise directed at each other.”

“Therefore our good bilateral relations are of utmost importance for Croatia. We unconditionally support the stability and territorial integrity of BiH, as a state in which all its constituent peoples and all its citizens are equal. Therefore, we support the constitutional foundations of BiH”, Grlić Radman said.

Answering reporters’ questions, Grlić Radman said there was no evidence of the existence of a “phantom” non-paper from Slovenia which allegedly called for a peaceful division of Bosnia and Herzegovina.

Turković also said, for now, she would “consider the paper non-existent or a frivolous attempt to cause confusion”.

However, EURACTIV’s partner, Jutarnji list found out from reliable sources in Zagreb that Croatia is not in any way connected to the alleged non-paper. Jutarnji learned in Ljubljana that “where there is smoke, there is also fire”.

Some pundits in Slovenia think it is possible that Janša was playing into the hands of Hungarian Prime Minister Viktor Orbán and Serbian President Aleksandar Vučić, while Slovenia’s foreign ministry once again confirmed to Jutarnji LIst that it is not aware of any non-paper.  (Željko Trkanjec | EURACTIV.hr)