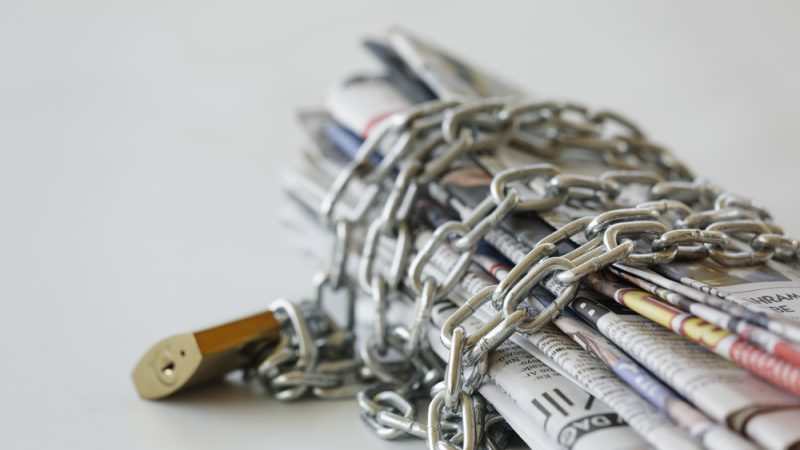 Obuljen Koržinek said Croatia was continually working on improving its legislative framework and was participating in the work of EU bodies and other organisations such as the Council of Europe and UNESCO. [Shutterstock/Yavuz Sariyildiz]

Croatia’s Culture and Media Minister Nina Obuljen Koržinek signed a Global Pledge on Media Freedom during a meeting with the UK’s undersecretary for European neighbourhood and the Americas, Wendy Morton, in Zagreb on Monday, the ministry said in a statement.

Obuljen Koržinek said Croatia was continually working on improving its legislative framework and was participating in the work of EU bodies and other organisations such as the Council of Europe and UNESCO. She noted that the government ensured the legislative framework for the operation of the media and was in no way interfering in their work.

“We are aware of the fact that it is hard for media outlets to operate and secure funding for their unimpeded work on a small market such as Croatia,” Obuljen Koržinek said, adding that local and regional media outlets can obtain funding from the Fund for the Promotion of Pluralism and Diversity of Electronic Media and that funds have been ensured to promote quality journalism.

Obuljen Koržinek also said that the new media legislation would encourage a system of self-regulation and co-regulation and introduce instruments of regulation and financing to foster professional journalism and trust in the media. (Željko Trkanjec | EURACTIV.hr)