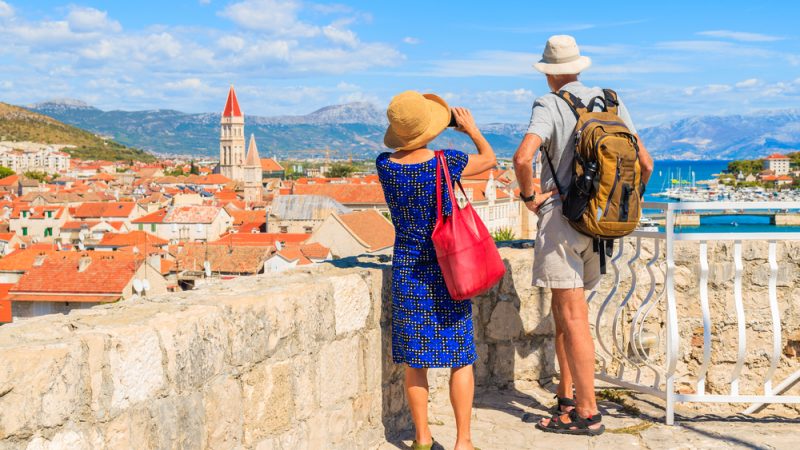 Over half of the tourists - mostly Germans, Slovenes, Austrians, Czechs and Poles - are staying in Istria and Kvarner. [Shutterstock/Pawel Kazmierczak]

A much-anticipated wave of some 290,000 tourists arrived in Croatia over the weekend, among whom 250,000 were foreigners, Croatian public television has reported.

More than a half of the tourists – mostly Germans, Slovenes, Austrians, Czechs, and Poles – are staying in Istria and Kvarner in the northern Adriatic.

Tourism in Croatia has improved drastically compared to the same time last year, as the country has already welcomed 40% more guests. The tourism sector accounts for more than 20% of the country’s GDP.

The government hopes these numbers will grow, though things may drastically change if the country were to be hit by another pandemic wave.

The pandemic has dealt a severe blow to air traffic, which is important for southern Croatia – especially Dubrovnik, whose airport is used by a huge number of tourists. Over the weekend, 15,000 tourists passed through Split Airport, which is 5,000 more than the previous year.

“It is difficult to predict, but the air traffic will need several years to recover,” said Mate Melvan from Split Airport.

Other tourists favoured train travel. About 200 tourists from Slovakia and Austria arrived in Split by train on Saturday on the Bratislava-Vienna-Split route, which opened specially for the tourist season. The train will operate twice a week until 11 September and more than 4,000 tickets have been sold in Slovakia and Austria. (Željko Trkanjec | EURACTIV.hr)