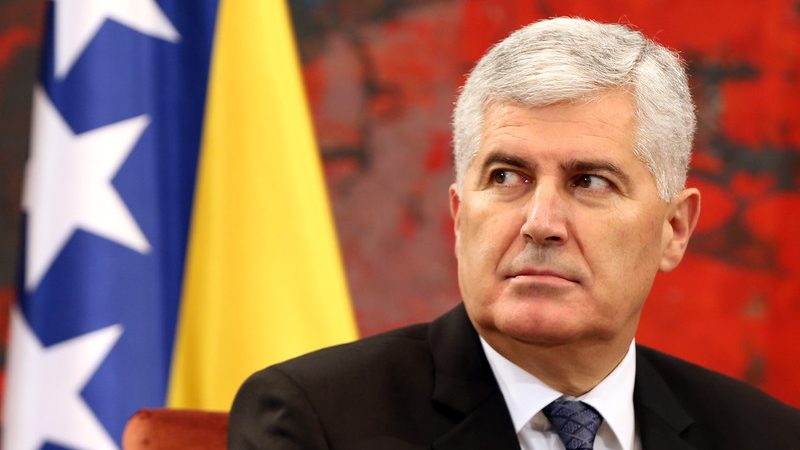 The Croatian National Assembly (HNS) concluded that the conditions for the 2022 general elections have not been met. [EPA-EFE / KOCA SULEJMANOVIC]

The Croatian National Assembly (HNS), an umbrella organisation of most Croatian political parties and other organisations in Bosnia Herzegovina (BiH), concluded that the conditions for the 2022 general elections have not been met.

An emergency HNS session closed to the public on Saturday in Mostar resulted in seven conclusions. The first five talk about the election law reform process and its problems, regretting that negotiations have not been concluded successfully. HNS, in the third point, states that it will consistently advocate the original principles enshrined in the 1994 Washington Agreement and 1995 Dayton Peace Accords as established by Bosniaks, Croats and Serbs and Others.

“If the Election Law is not amended in accordance with the previous points and the General Elections are nevertheless called and conducted in these conditions, the HNS will consider them contrary to the letter of the Constitution and the spirit and principles of the Dayton Peace Agreement. Representatives of the HNS will oppose such a procedure by all legitimate legal and political means,” the sixth conclusion reads.

“If the process of violating the constitutional rights of Croats people continues, HNS will initiate all legal procedures and political steps for the new institutional and territorial organisation of BiH on the principles of federalism and constitutional democracy, which will ensure full constitutional equality of all three constituent peoples in BiH,” the seventh conclusion reads.

Milorad Dodik, Serb member of the tripartite BiH Presidency, welcomed HNS’s conclusions while most of the Bosniak parties and others criticised the session’s outcome.

The biggest Bosniak SDA party and the SDP BiH and Our Party (“Naša Stranka”, NS) said on Saturday that they viewed the conclusions as blackmail and that they would not be threatened.

SBB (Union for a Better Future of BiH), led by media magnate Fahrudin Radončić, rejected the “territorial reincarnations and the emergence of any “third entities” and consequent “units”.

A new round of election reform was planned for Tuesday at noon as EU foreign ministers are set to discuss BiH on Monday, with the document prepared by EEAS saying that elections should go on without election law reform. It is expected that Croatia will oppose the wording.