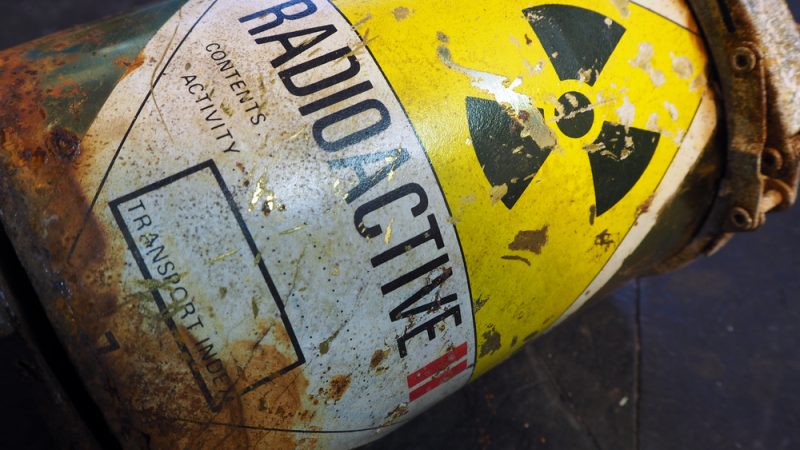 It was also discussed the issue of storage of low- and medium-level radioactive waste from the Krško nuclear power plant, co-owned by Slovenia and Croatia, at Trgovska Gora in Dvor na Uni, near the Croatian-BiH border. [Shutterstock/Satakorn]

The ministers also discussed the storage of low- and medium-level radioactive waste from the Krško nuclear power plant, co-owned by Slovenia and Croatia, at Trgovska Gora in Dvor na Uni, near the Croatian-BiH border.

Croatia has said that the underground storage facilities that are part of the former Čerkezovac barracks at Trgovska Gora have been selected as a preferred site for the storage of the plant’s radioactive waste because its storage capacity guarantees full technical safety.

However, the BiH side opposes the idea, a reluctance Ćorić said he could understand and thus called for increased communication on the issue. The two ministers agreed on Tuesday that experts from both countries would hold meetings on a regular basis on this topic, Ćorić added.

In January this year, the fund reported that “the storage facilities for radioactive waste will be built according to EUROCODES 7 and 8 with an increased factor of safety so that they can withstand earthquakes with greater magnitudes than expected and so structures at the centre can be safe during earthquakes with great destructive force”.

On the agenda of the meeting was also the Adriatic-Ionian gas pipeline and interconnections in the border areas. Ćorić announced further talks on the construction of pipeline connection routes. (Željko Trkanjec | EURACTIV.hr)