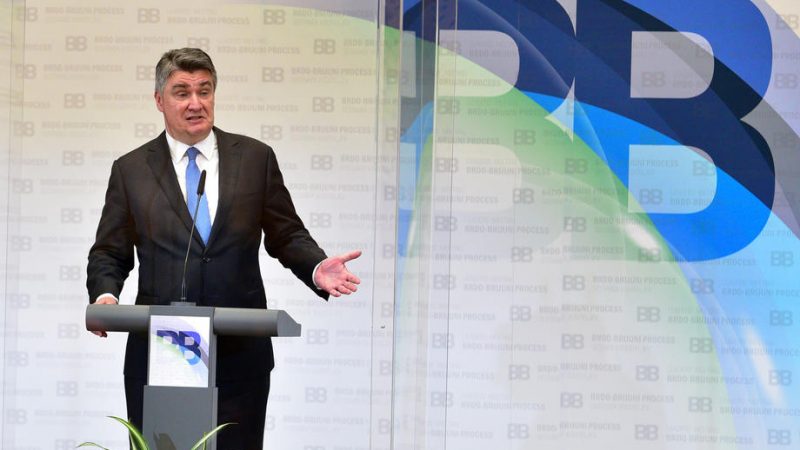 The president said he cannot work with Banožić and expects the PM to “resolve this problem” and remove a person who has become “a problem for the state”. [EPA-EFE / IGOR KUPLJENIK]

Asked if it was time President Zoran Milanović was removed from office, Defence Minister Mario Banožić (HDZ-EPP) said: “Of course it is. It was a long time ago, but look at his conduct. Would you reach a different conclusion than what I said?”.

However, Banožić would not say if the ruling HDZ party would initiate the president’s impeachment.

This statement comes after Banožić and Milanović clashed over the army and their powers and decisions. Banožić said Milanović was “a psychiatric case”.

The president said he cannot work with Banožić and expects the PM to “resolve this problem” and remove a person who has become “a problem for the state”. “This has become serious and has repercussions for national security and relations with neighbours”, said the president.

Prime Minister Andrej Plenković, who is currently at the COP26 climate summit in Glasgow, has instructed both sides to calm down and sit together on 9 November at the session of Defence and National Security Council “to see what the problems are if there are any and to solve them if it is not about the politicisation of the army by the president”.

Sources from HDZ confirmed to EURACTIV’s partner, Jutarnji list, that the Prime Minister will not fire Banožić because of the president’s pressure.