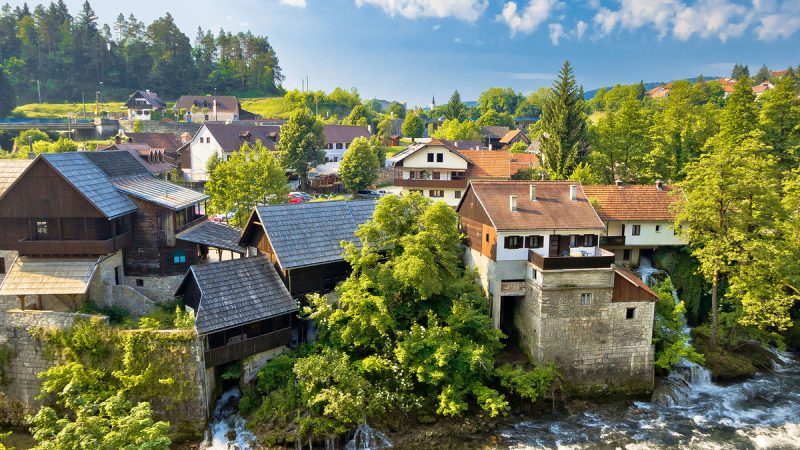 The idea is for several smaller municipalities to combine the work they would have difficulty in financing by themselves and manage it from a single shared office. [Shutterstock / xbrchx]

The reform of local government through mergers of municipalities with poor administrative and fiscal capacities is moving closer.

The idea is for several smaller municipalities to combine the work they would have difficulty in financing by themselves and manage it from a single shared office.

For this purpose, the Ministry of Public Administration signed an agreement with the Ministry of European Funds in 2018 to analyse the capacities of the municipalities and the work they do. The project, called “Optimisation of the local and regional self-government system”, should have been completed before the end of 2020, but was delayed. It received a fresh impetus from the National Recovery and Resilience Plan, for which Croatia received an advance payment of 6.14 billion kuna (€818 million) from the EU for reform processes, including those in public administration.

The Ministry of Justice and Public Administration has announced that the public procurement procedure for the project will be completed soon.

“A contract with a selected bidder should be signed within no later than a month, and it will then have six months to analyse and draw up a catalogue of jobs in local government,” the ministry told Večernji List. The ministry is expected to finalise guidelines for merging local government units before the end of 2023, while the entire system of support to functional mergers should be completed by June 2025, Večernji List reported.

Croatia, with its four million inhabitants, has 428 municipalities and 127 cities, and 20 counties. Several Commission reports have found that the system is too costly and an impediment to investment.