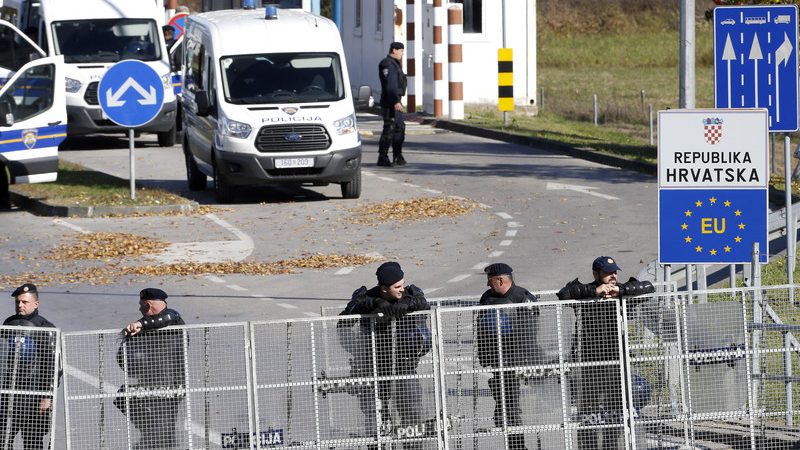 This year the number of illegal migrants transiting through the area was down 45% from 2020. [EPA-EFE / FEHIM DEMIR]

Croatian border police are ready to take appropriate measures to secure the border on the Western Balkans route if necessary. Still, there are no indications this could happen as migrant numbers have decreased, Zoran Ničeno of the interior ministry told Croatian news agency Hina.

We have no intention of changing any measures and activities already being carried out at our border, said Ničeno.

He confirmed there were action plans in case of additional threats to the border, but he believes that the current crisis at the Belarus-Poland border will not be repeated in the Western Balkans because friendly countries in the neighbourhood surround Croatia.

Ničeno underscored that the situation along the Western Balkans route was constantly being monitored to ensure a timely reaction if necessary and that a public warning system had been established.

This year the number of illegal migrants transiting through the area was down 45% from 2020.

The route has been redirected via Romania to Hungary and Austria, or via Serbia to Hungary, and it is logical migrants are going where it is easier for them, Ničeno said.

He also dismissed allegations that Croatian border police officers were abusing migrants trying to enter the country illegally. In October, EURACTIV visited the border region with Bosnia and Herzegovina and heard first-hand testimony from migrants and other stakeholders reporting violence and abuse.