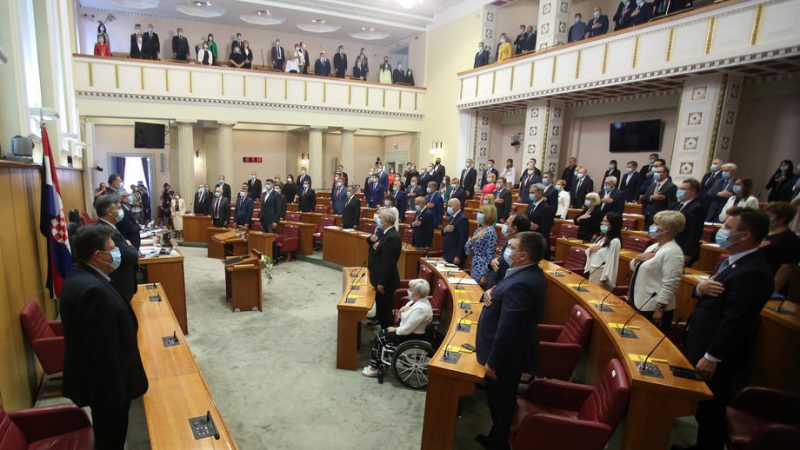 A general view of the the inaugural session of the new Croatian Parliament in Zagreb, Croatia, 22 July 2020. [EPA-EFE/DANIEL KASAP]

The COVID-19 crisis has had a devastating impact on the creative and cultural industries which, along with air transport, were hit the hardest, Culture and Media Minister Nina Obuljen Koržinek told parliament on Thursday during a presentation of the new copyright and related rights bill.

The bill’s adoption is crucial for the development of Croatian cultural and creative industries, the minister said, adding that before the crisis they had accounted for 4.6% of total employment and 6.3% of the country’s GDP.

Obuljen Koržinek said the bill would ensure that journalists and publishers were paid for the content they produced. Journalists will also be able to agree on a percentage for redistribution via their collective organisation, the minister added. (Željko Trkanjec | EURACTIV.hr)