Croatian PM calls for earthquake reconstruction to be accelerated 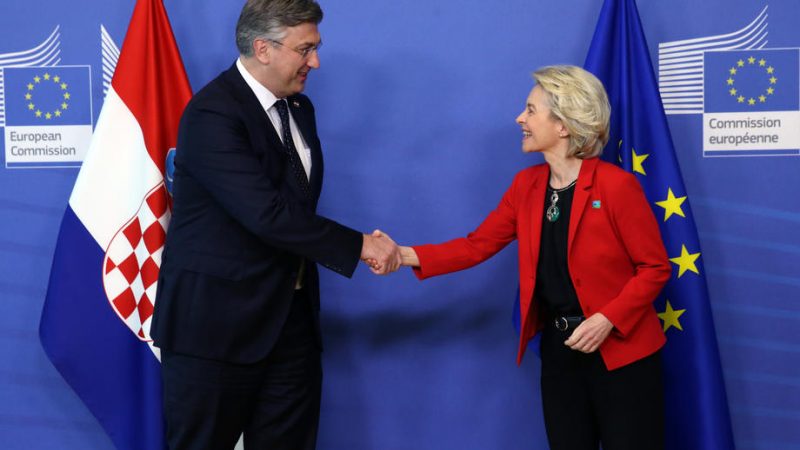 Croatia will be able to use money from the European Solidarity Fund for earthquake relief for an extra year until June 2023, following a meeting between Prime Minister Andrej Plenković and European Commission President Ursula von der Leyen.

“Glad to meet Andrej Plenkovic today. We discussed reconstruction work supported by the EU after the Zagreb and Petrinja earthquakes. Given the exceptional circumstances, the Commission will look favourably at the request to align deadlines for absorption of EUSF funds to June 2023,” tweeted von der Leyen.

“We have succeeded regardless of the many doubting Thomases who claimed that deadlines could not be extended. But we have here a reputation, influence and good relations and the objective reasons that have put us in a situation in which a portion of the funds would possibly not be used in such a short period of time… I am not gloating, I’m just saying that we work for Croatia, for faster reconstruction and that we want to invest maximum effort to facilitate that job,” Plenković said.

Croatia was granted €68.37 million for earthquake relief which according to the provisions of the EU Solidarity Fund can be absorbed until June this year, but has now been extended for another year.

“That means faster work by (Construction) Minister Darko Horvat, who is in charge of reconstruction”, said Plenković. Horvat is under fierce criticism from the opposition and public opinion because people are still living in containers more than a year after the earthquake and there is no sign of government-supported reconstruction.

“We now have enough time, and I believe the funds for both Zagreb and Banovina will be utilised,” Plenković said.