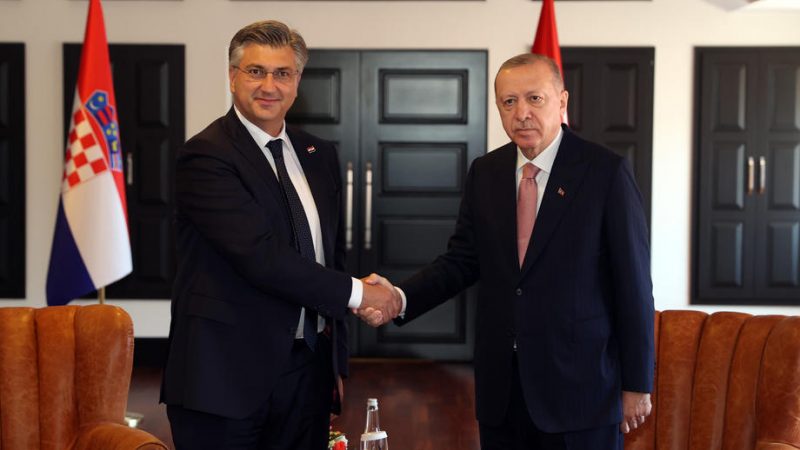 Croatian Prime Minister Andrej Plenković met with Turkish President Recep Tayyip Erdoğan on Thursday (17 June), requesting Turkey’s support for efforts to ensure respect for the equality of all three constituent peoples in Bosnia and Herzegovina (BiH) and for reform of the country’s electoral law.

Plenković flew to the Turkish city of Antalya to attend a summit of the South-East European Cooperation Process (SEECP), being held under Turkish chairmanship.

“One of the topics was BiH. I underscored that it is very important for Croatia that all three constituent peoples in Bosnia and Herzegovina are equal, notably the Croats who are the least numerous,” the Croatian PM said after meeting with the Turkish head of state.

“For us, it is also important that consensus is reached on the reform of the electoral law during the process of negotiations between political parties and institutions in Bosnia and Herzegovina, and in this regard, I asked for Turkey’s support,” Plenković added.

“Of course, in the political sense, Turkey has closer relations with the Bosniaks in Bosnia and Herzegovina and finally with the political leadership of the SDA party. Therefore it is essential that we, Turkey and Croatia, in dialogue with friendly institutions and political parties that are close to us, seek solutions that will ensure that all the peoples and citizens of Bosnia and Herzegovina feel satisfied,” said Croatia’s prime minister.

So far, there has been no comment from Erdoğan.  (Željko Trkanjec | EURACTIV.hr)