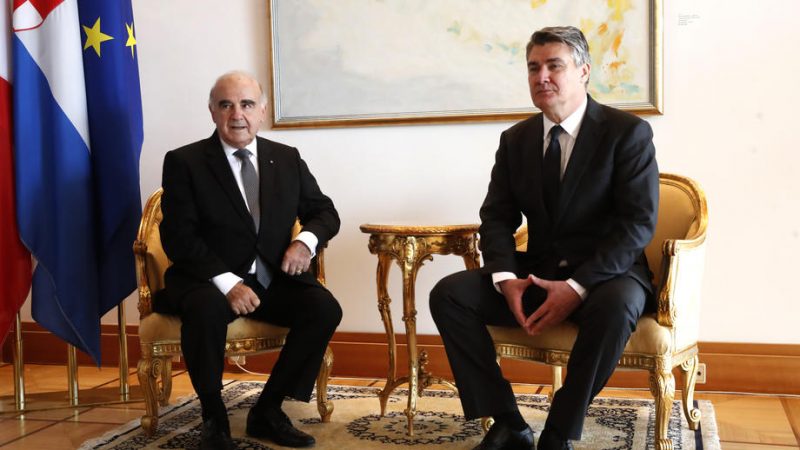 atia would have more benefits than disadvantages from euro adoption, President Zoran Milanović was quoted as saying after he met with his Maltese counterpart, George Vella. [EPA-EFE / ANTONIO BAT]

Croatia would have more benefits than disadvantages from euro adoption, President Zoran Milanović was quoted as saying after he met with his Maltese counterpart, George Vella.

“This is a country which has been inside for a long time, it has the experience, and that experience is good,” said Milanović and added that the Maltese economy is “exposed to the services sector and in particular to tourism,” and has several common points with Croatia.

The president commented that “it seems we will relinquish our national currency forever.”

“That is not done with an excited heart, but with a sober head.”

During and after the presidential campaign in 2019, Milanović was against adopting the euro using the phrase “as it is, but the kuna is ours”.

His change of tune may have been induced by the “Let’s Protect the Croatian Kuna” initiative who are petitioning for a referendum against the introduction of the euro. The right-wing party, the Croatian Sovereignists is behind the initiative. Milanović was elected as an SDP candidate.

Croatian National Bank (HNB) Governor Boris Vujčić said on Wednesday that Croatia would know the exact date for its changeover to the euro next year, adding that a strong campaign will be conducted in 2022 to prepare the public.