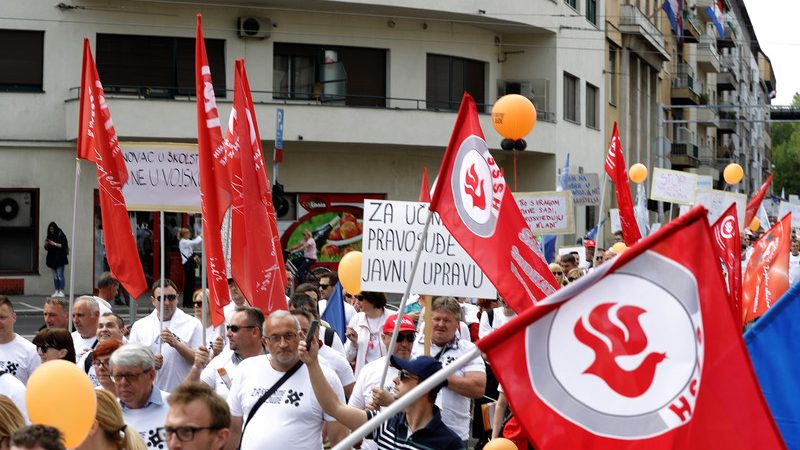 Croatian workers march during a rally on the International Worker's Day in downtown Zagreb, Croatia, 01 May 2018. [EPA-EFE/ANTONIO BAT]

Between November and December 2020, Croatia’s employment rate increased by 0.2% as the country counted 1.5 million employed people in total with 715,913 being women, data from the Croatian Bureau of Statistics (DZS) shows.

According to the same statistics, the employment rate in December was 2.2% less than in December the year before. Meanwhile, the registered unemployment rate stood at 9.5%. Companies in December employed 1,324,502 persons, which is 0.3% or 4,335 more persons than in the previous month, but 2.4% down from December 2019.

More detailed statistics on the number of employed persons in legal entities show a monthly increase in six activities, with the highest – 5.5% – having been reported in the ICT sector, which in December 2020 employed 47,947 people.

The number of freelancers and employees in small businesses also saw a 0.9% decrease during that period, as well as a 1.4% drop compared to December 2019.