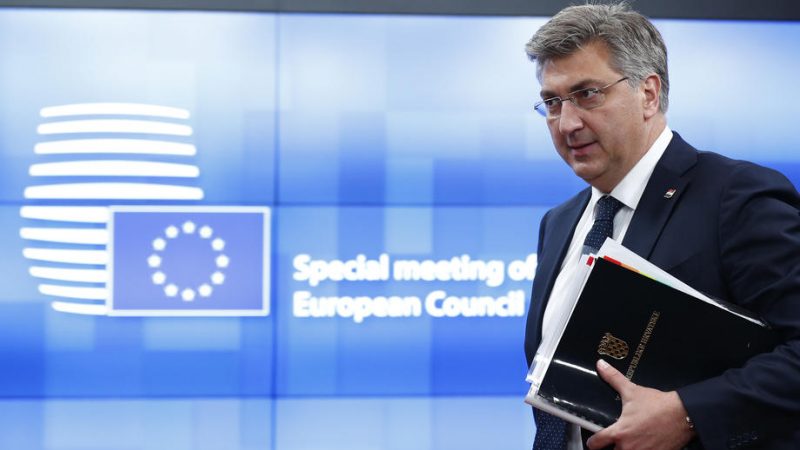 Governing HDZ (EPP) can count on the support of 30.5% of voters, while the biggest opposition parry SDP (S&D) is backed by only 15.2% of voters, according to a Crobarometar survey published on Tuesday. [EPA-EFE/JOHANNA GERON]

Croatia’s governing HDZ (EPP) party can count on the support of 30.5% of voters, while the biggest opposition parry SDP (S&D) is backed by only 15.2%, according to a Crobarometar survey published on Tuesday.

Both parties are seeing growth in support, meaning that statistically, they are both propelling themselves in front of the other parties. Polls show the political platform We can! (left-green) is the third most popular party on 9.4%.

Meanwhile, support for the far-right Homeland Movement (DP) now stands at 7.3%. The fifth political force in Croatia is Most (Bridge, radical right close to Catholic church) which can count on 6.7% support.

However, 59% of citizens do not support the work of the government, the survey showed, yet 33% of the respondents supported Prime Minister Andrej Plenković.

“Croatia is a stably pessimistic nation and currently 70% of citizens think the country is going in the wrong direction and only 22% of them think it is going in the right direction”, Crobarometar concluded.

The survey comes ahead of a second round of local elections set for Sunday (30 May). (Željko Trkanjec | EURACTIV.hr)