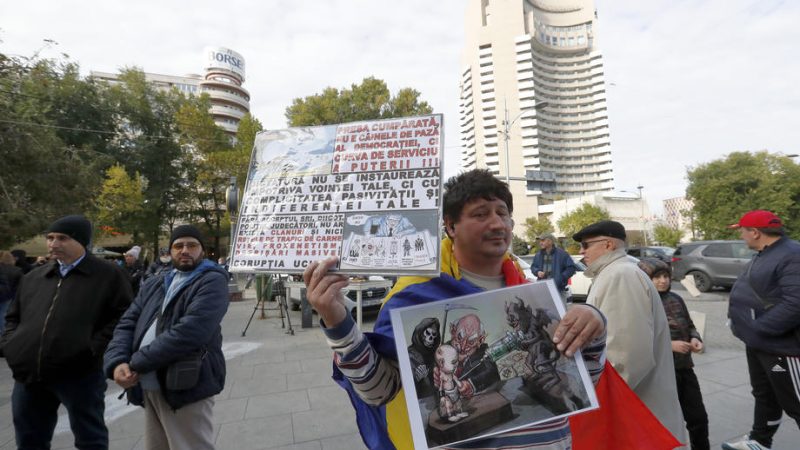 A previous protest against a mandatory vaccination law project and against Green Pass at University Plaza in Bucharest, Romania, 10 October 2021. [EPA-EFE / ROBERT GHEMENT]

Protestors tried to gain access inside the parliament building during a protest organised by ultra-nationalist party AUR against the introduction of COVID passes.

Around 1,500 people gathered in front of the Parliament building on Tuesday morning to protest against a law making COVID passes mandatory for workers. They later tried to force entry into the building, blocked the traffic and vandalised some cars, including a vehicle of the US embassy in Bucharest.

The lawmakers discussed the introduction of mandatory certificates for certain professions, as Romania is the second least vaccinated member state in the EU.

Although the incidents delayed the debates on the 2022 budget draft laws as entry to the parliament building was temporarily blocked, the protest ended without further damage and protesters left and headed towards the government headquarters to continue their rally.

The Internal Affairs Ministry said the police were in control, and did not need to use force against the protesters, noting that no one was hurt.

The opposition party USR asked for the minister’s resignation.