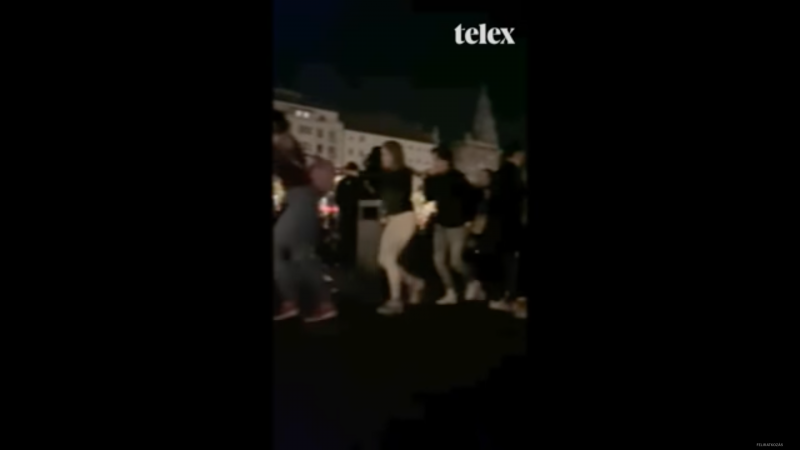 Youth celebrating further relaxation of measures partied hard in the centre of the Hungarian capital on Saturday as nightlife returned to the city after the country hit 4 million vaccinated last week.

Young people failed to keep social distancing rules while celebrating the relaxation of virus-containment measures by dancing in a human train, a video sent by a reader revealed, according to Telex.

The reader said he saw police officers nearby during the evening who seemed not to care about the human train.

There were so many people in the area that the mobile internet was overloaded, he added.

The police said they recorded 20 violations in the area when asked by Telex.