Cyprus relies on France for sanctions against Turkey 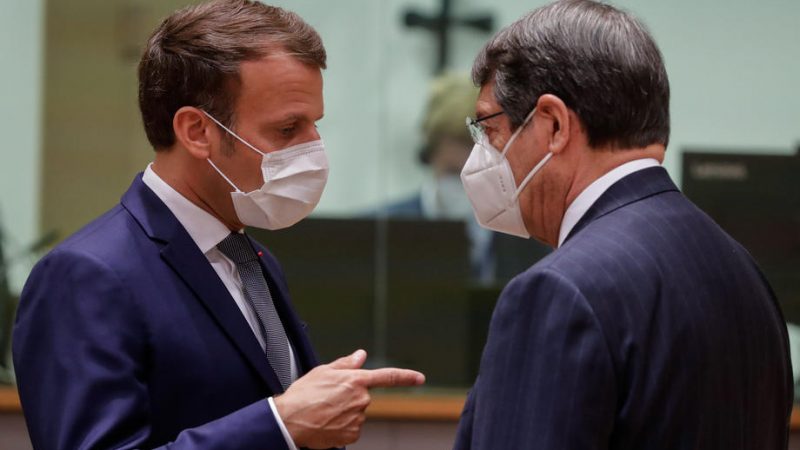 French President Emmanuel Macron (L) and President of Cyprus Nikos Anastasiadis chat at the start of an EU summit at the European Council building in Brussels, Belgium, 17 July 2020. [EPA-EFE/STEPHANIE LECOCQ]

The recent escalation of France-Turkey tensions has prompted a strong reaction from Paris, which now asks for EU sanctions against Ankara.

“We need to go further… We will push for strong European responses, which could include sanctions,” the French politician said.

For months now, Greece and Cyprus have been asking for EU sanctions against Turkey due to its illegal drilling activities in the Eastern Mediterranean. However, their efforts have brought no results so far due to the opposition of big countries such as Germany, Spain and Italy.

“This time, Greece and Cyprus will not need to be in the first line of the diplomatic battle, as this role is taken over by France,” Cypriot journal Phileleftheros reported. (Sarantis Michalopoulos | EURACTIV.com)