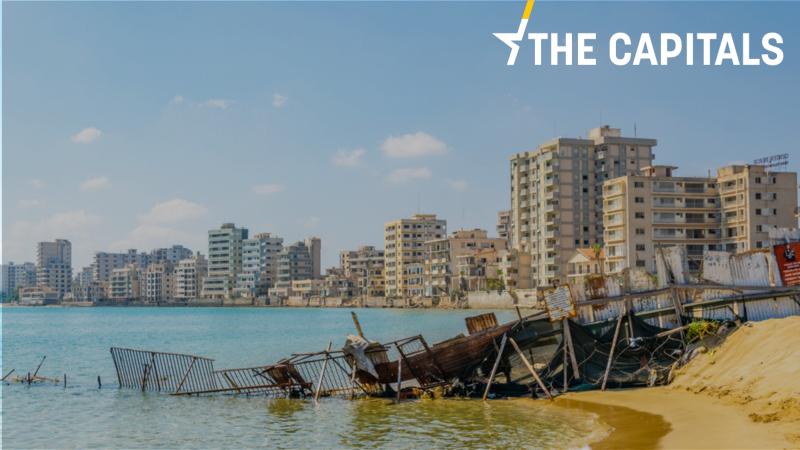 Applying to this commission for property compensation practically means that those Greek Cypriots will recognise the Turkish Cypriot administration. [Shutterstock/ trabantos]

The National Council of Cyprus has called on Greek Cypriots to avoid appealing to a commission established by the pseudo-state occupied by Turkey in northern Cyprus in order to take back their properties, saying this would pose severe threats for national security.

Turkish President Recep Tayyip Erdoğan on 20 July paid a visit to Varosha, a resort fenced off by the Turkish army immediately after the invasion of Cyprus in 1974. The Greek Cypriots who fled from Varosha were not allowed to return and with public entry prohibited, it has effectively become a ghost town.

Erdoğan announced that an initial 3.5% of Varosha would “be removed from its military status” and Ankara now wants to exploit its tourism potential. The move was heavily criticised by all UN Security Council members and was seen as a clear violation of relevant UN resolutions.

Damla Guclu, a Turkish Cypriot Representative to the EU, told EURACTIV earlier that the Immovable Property Commission has the authority to deal with applications and deliver decisions on the property claims by providing remedies in the form of restitution, compensation and/or exchange.

However, applying to this commission for property compensation practically means that those Greek Cypriots will recognise the Turkish Cypriot administration.

“The criticality of the moment imposes solidarity,” the Cypriot National Council said, adding that with the new announcement, Turkey’s goal is to further advance its plans to divide the island.

During his visit, Erdoğan reiterated that the only viable option to the Cyprus problem is a “two-state” solution. He added that other states will soon recognise the “Turkish Cypriot state” while press reports in Turkey suggest that Azerbaijan would be one of them.

A two-state solution practically means that for the first time in the history of the EU, the bloc would lose territory.

Both Brussels and Washington have rejected such a proposal.

Victoria Nuland, under secretary of state for political affairs of the United States, said on Wednesday that the only solution to the Cyprus problem should be based on a bizonal, bicommunal federation.

The UK, France, Germany, Russia, Egypt and China have all condemned Erdoğan’s announcements.

Cyprus appealed to the UN Security Council on Wednesday, while according to Greek Skai TV channel, Nicosia mulls requesting an extraordinary meeting of EU foreign affairs ministers even next week.

An EU source told EURACTIV that Erdoğan’s new escalation aims to drag Greece and Cyprus to fresh talks about the Cyprus problem under his conditions.

“With the threat of the island’s division, Erdoğan wants to blackmail Athens and Nicosia to return to the negotiation table with the terms of Ankara. He wants to set a precedent and actually warns Greeks that if they don’t lower their expectations in the Cyprus talks then he will be increasingly expanding his control over the occupied territories,” the source said.