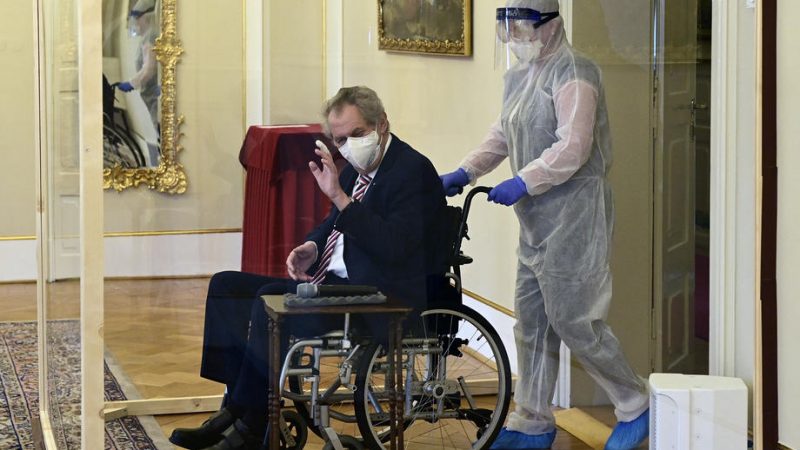 Zeman, who cannot attend the opening ceremony in Beijing on 4 February due to health reasons, has asked the Czech ambassador to China Vladimír Tomšík to support the Beijing games. [EPA-EFE / ROMAN VONDROUS]

The Winter Olympic Games in Beijing has caused the first diplomatic clash between the new Czech government and pro-Chinese President Miloš Zeman. While the current ruling cabinet is criticising China’s holding of the Games, the president has asked the Czech ambassador to China to express support.

Zeman, who cannot attend the opening ceremony in Beijing on 4 February due to health reasons,  has asked the Czech ambassador to China Vladimír Tomšík to support the Beijing games. The ambassador followed Zeman’s request and endorsed the Olympics in an interview for the Beijing Daily.

However, the president’s position clashes with the new Czech government’s.

“I called him (the ambassador) immediately and asked him to refrain from further statements in this sense. We had it out,” Foreign Minister Jan Lipavský (Pirates, Greens/EFA) told Czech Television on Sunday.

The government is officially responsible for the country’s foreign policy.

“I cannot prevent the ambassador from presenting the opinion of the President of the Republic,” Lipavský admitted.

For Lipavský, the revision of Czech relations with China is among his priorities. The government’s new programme promises a more human-rights-oriented foreign policy.

A diplomatic boycott of the Olympic Games in Beijing was expected to be the first way for the government to fulfil its promise. The Czech Olympic Committee has not even invited the government to attend the Beijing ceremony due to the COVID-19 pandemic and related restrictions. Moreover, Czech sportsmen and sportswomen will not travel to China with the Czech Air Force, as was the case in previous years.

While the US, the UK, Canada, Australia and Lithuania have all opted for a diplomatic boycott of the Games, Europe remains divided over the issue.

As EURACTIV reported, the French EU Council presidency will try to coordinate a joint EU position. “We are going to discuss this during our next meetings and try to reach a common position,” a senior French official source said.