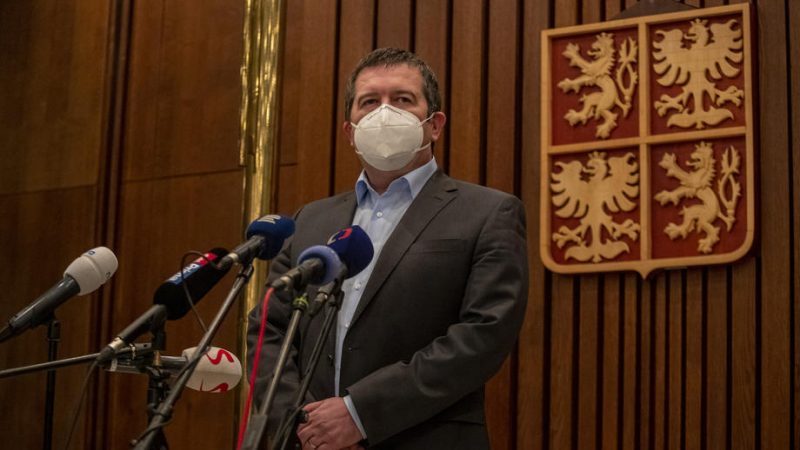 Hamáček, chairman of the junior coalition party Social Democrats, said the article is based on lies and he would seek 10 million Czech korunas or €400,000 in damages against the publisher of SeznamZpravy.cz.  [EPA-EFE/MARTIN DIVISEK]

Czech Deputy Prime Minister and Interior Minister Jan Hamáček said on Wednesday he is filing a civil complaint about an article alleging he collaborated with Russia.

The article published in SeznamZpravy.cz. accused Hamáček of considering negotiating with Moscow an exchange for Prague’s silence over the alleged involvement of Russian GRU agents in the deadly explosions in a Vrbětice depot in 2014 in exchange for 1 million doses of the Sputnik V vaccine.

Hamáček, chairman of the junior coalition party Social Democrats, has denied all the allegations. He said the article is based on lies and he would seek 10 million Czech korunas or €400,000 in damages against the publisher of SeznamZpravy.cz.

The editor of the news site said he stood by the article and was ready to provide proof in court, calling the civil complaint “only a smokescreen”.

The author of the article, journalist Janek Kroupa, said in an interview for Czech TV on Wednesday that he is ready to release more incriminating information, including an audio recording.

The case remains unclear, however, because other attendees of the meeting with Hamáček, including heads of intelligence services, will not share any details with the public.